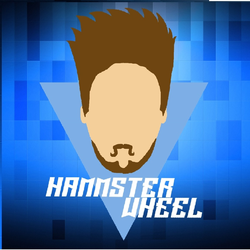 This set has been in development for a while now (mainly in LDD) with it seeing digital and physical progression; the idea behind the set is inspired by the game Titanfall but it combines aspects from Halo (i.e. the future suit idea). This would be my first Lego Ideas set and I hope to get some feedback on it.

The set is based on a theme that I've personally created where there's a secret force called the 'The Knight Corp.' who are a hero group that work to defeat the evil Mroto Corporation led by Mr. Mroto. This theme is going to be extended into say one big set, one medium set and one small set (like how Lego do it now) which can give it a bit of a footprint on toy shelves (also there are some custom chest prints for the minifigures when they haven't got their chest armour on, this'll be posted later).

The reason why I built this set is because I personally love it when Lego make a set that contains mechs; one of the inspirations for this set was the theme Exo Force which Lego did a while back and that was a really cool theme because it was based around two apposing teams that used giant robots to fight each other.