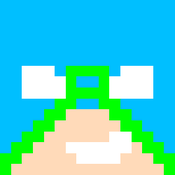 The Music Meister sings the song that the world wants to hear... But Batman and Black Canary are there to cancel the corrupt conductor's sinister symphony! But watch out, the Meister has Green Arrow and Aquaman under his sway, thanks to his hijacked satellite! Press the top of the sattelite to hear the Music Meister sing part of "The World is Mine," then use Batman's Super Jumper to knock over the menacing musician's broadcasting screen! Looks like Music Meister's going to be singing a different tune... in Iron Heights Penitentiary! Includes 5 minifigures with assorted weapons and accessories: Batman, Black Canary, Music Meister, Green Arrow, and Aquaman.