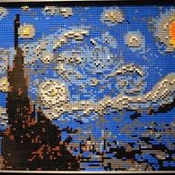 A BIT OF HISTORY:

An ornithopter (from Greek ornithos "bird" and pteron "wing") is an aircraft that flies by flapping its wings. Designers seek to imitate the flapping-wing flight of birds, bats, and insects. Though machines may differ in form, they are usually built on the same scale as these flying creatures. Manned ornithopters have also been built, and some have been successful. The machines are of two general types: those with engines, and those powered by the muscles of the pilot. The first who made a blueprient of an Ornithopter was Leonardo Da Vinci.