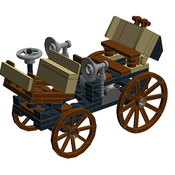 Adding here a new version. It is slightly smaller to adapt it to Mr. Karl Benz' minifigure.

As seen in the "Benz and Daimler" project 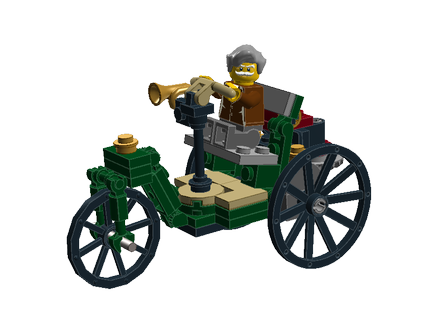 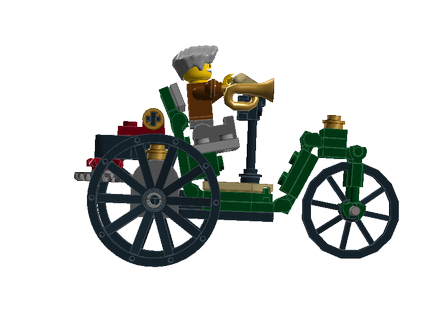 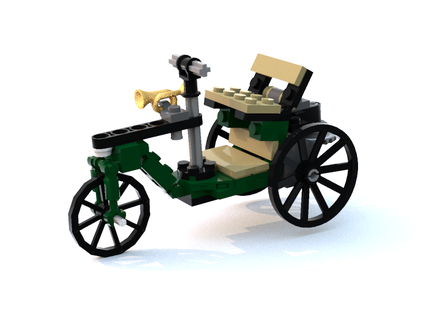 A different version of the Velociped, also popular in web picture, is the one with metal parts painted green. I also modded the front wheel holder in order to have a lighter stucture, more coherent with Lego building standard. 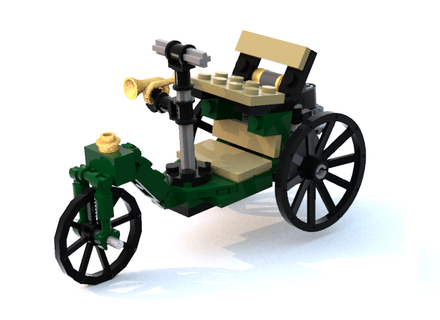 If I remove the 6L beam I get the best result in terms of fidelity to the real thing, but the model gets weakened as frontal parts are free to rotate. A specially designed brick would solve the problem. 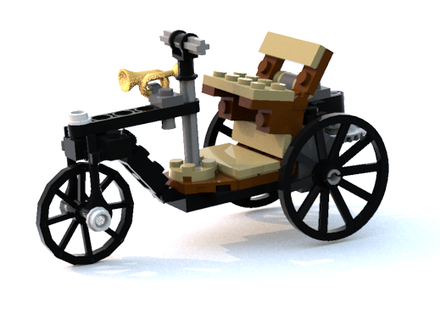