Sonic The Hedgehog: The Tornado Vs G.U.N. Hunter 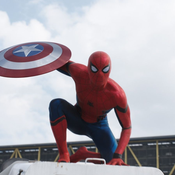 A G.U.N. Hunter attacks! Sonic uses his plane- The Tornado, to fight back!

The Tornado features a spinning propeller and stud shooters.

This would make a great set because people would love to play with it, or display it. There are also tons of fans and players of the Sonic The Hedgehog series, and I am one of them. Having Sonic The Hedgehog just come out in LEGO dimensions, with The Tornado along with him, people are dying for a full-sized build. I know that this set would sell really well with fans and even non-fans of Sonic The Hedgehog.

I didn't include Tails in the set's photos because LEGO doesn't make new molds for Ideas sets, and I'm not certain that a Tails minifigure will be released. If one were, I would definitely want him included in this set.

This set is great for all ages.