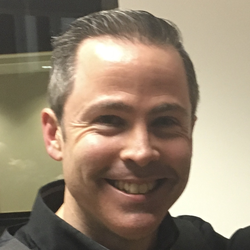 Incredible, stunning and undeniably iconic………voted Scotland’s greatest man-made wonder, the Forth Bridge is not just an icon of Scotland, but an incredible feat of Civil Engineering.

Now Scotland’s sixth World Heritage Site, the magnificent Forth Bridge is recognised as the most famous of balanced cantilever bridges throughout the world.

Designed by Sir John Fowler and Sir Benjamin Baker, completed in 1890 and surviving two world wars, the Forth Bridge continues to operate as a functional bridge to this day, dominating the skyline over Scotland.

With your help, I would love to see this bridge replicated as an incredible Lego set.

After four challenging months, my bridge was complete! A vast degree of trial and error went into the design, experimenting with various parts and eventually finding those that made it possible to construct such a complex structure.

Many people are not aware just how long the bridge is in reality (2.4km) and just how slender it is in relation to its length. I found it very rewarding to design something so unique.

During construction of the real bridge, engineers had to construct the arms on both sides of each tower at an equal rate, as an imbalance in the weight at either side would make the tower topple over. This is replicated in my model. Yet, once completed it is an absolutely solid structure.

Every single element used in the design is an existing, official Lego part. I had to paint the pieces used for the bridge deck, the hinges and ball joints all in dark red.

What you are voting for:

Due to the sheer scale of the bridge, and in order to submit an offering that is both practical to display at home but also great fun to build, each box will contain:

This will offer the flexibility to build any of the three sections of the bridge, i.e. north section, middle section or south section. This will also enable those wishing to build the entire bridge the ability to do so by buying three boxes. The total length of the elements contained in one box is 1.45m, with a height of 0.3m.

Don’t be mistaken how striking just one of the towers is on its own as the bridge is so distinctive it doesn’t reply upon the full structure to be recognisable, as can be seen by my pictures.

Why I built it:

I built my bridge out of pride and passion. I’m incredibly proud to live in a country that is home to one of the greatest and most iconic structures around the world.

I love to educate and inspire others about Civil Engineering and have built this model to do just that. With few Lego bridge sets currently available, I see this as an opportunity for Lego to add a different offering to its fans.

Many people share my passion for this bridge and feel this is an incredible structure, so unique in design that it’s never been replicated anywhere. Not only is it immense fun to build, but it would complement a shelf in any room in the house.

Why I believe it would make a great Lego set:

There are so many reasons why this would make a great Lego set. As mentioned, not only is it great fun to build, but it has a fantastic educational element to it.

Building this model can help educate people about some of the principals of bridge design with a focus on what a balanced cantilever bridge is. This will then offer an insight into how the Forth Bridge was built.

It’s a set that applies the same engineering principles used in the real world to that of a Lego model.

This model could help promote Science, Technology, Engineering and Mathematics subjects amongst children and within schools. It could also highlight why any World Heritage site around the world is so important and should be given appropriate recognition.

Please support my proposal and help add one of the world’s most famous bridges to the Lego’s stores shelves where everyone could enjoy building what today remains as one of the greatest bridges off all time.