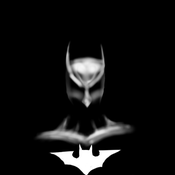 The robot is very similar to a transformer, but that wasn't my inspiration.  It is very flexible and has a shoulder-mounted gattling gun and a hand gun. Its arms were made from pieces with small ball joints, but the legs used large ball joints and notched pins.  The head is on a single stud, so it will turn, but not freely or on its own, and the wings are small but could even be considered as armor.

The robotic beetle is simple, but detailed and has positionable legs, head, and wing-armor.  The wing plates conceal  a blaster that shoots studs. The head moves on small ball joints, and the legs are on clips and bars.  The teeth will swivel out of position, but still look cool.