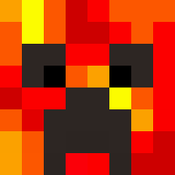 This project that I made is a Stormwalker from the Leviathan Series. If you read it then you know what I'm talking about. I modified the design so it is now a rescuer instead of a war machine. The back can open up so people can walk out. Inside there are a bunch of chairs. I decided it would be too many mini figures to fill that up. It still has 3 laser cannons in the front. The people in the front of the walker are the pilots. The people in the back are the rescuers. I put V2 because I modified it. I hope you like my design!