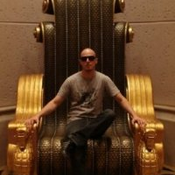 Here is my second set inspired by the Chateau de Versailles.

While making the Petit Trianon, my first "Versailles" set, I realized that I should make this one far more smaller but with a detailed enough scale.

This was a great challenge because, as you know, the castle is highly detailed and elegant.

So I decided to recreate this 1668 version of the castle, which is the very first one before the massive extensions built centuries later.

The original architect is Louis Le Vau for Louis 14Th.

I used original maps and a beautiful painting of Pierre Patel called " Versailles, perspective and gardens". It´s really interesting to work with such documentations and translate it with the digital designer (plus 3D rendering).

The castle represented here is made of 4 main buildings:

- On the center, the castle itself, where the king used to live with the royal family

-The servants building and the kitchen (on the right)

- The stable building (on the left)

- The Théti's grotto which formerly hosted the Appolo's baths (a fountain workplay).

This project is particulary precious for me as I really wanted to build it when I was child....but I hadn't bricks enough to make it real.... :-)

Thank you for reading, watching and supporting!