NEWS: 11 July 2013: Pardon me for not revealing the Invid design on time (just got a day job). Be assured that it is still being worked on! As for the Mospeada Ride Armour, the design has been updated from 170+ bricks to 161 bricks to avoid rare/ costly color bricks and to simplify building steps; Wonderfully, it has a stronger build too!

NEWS: 10 June 2013, Part 2: This project will be updated to "MOSPEADA Play Set", instead of "MOSPEADA Ride Armour". Tentatively, the set will include two MOSPEADA (one of them being VF-52F, the other being VF-52T or VR-041H), an Invid Shock Trooper, and some city ruins. Currently, work on the Invid is in progress. Bookmarked this page and check back again in end of June!

NEWS: 10 June 2013, Part 1: The MOSPEADA model has been upgraded with new elbow, knee and angle joint designs. Now the all the parts binds strongly together and with better articulations of the limbs! Updated pictures of the new model coming soon.

UPDATE: 5 June 2013, There will be a major upgrade/ revision of the model by end of the week. Do check out this project page this coming weekend!

---------
( For those who are unfamiliar with the source material, here is a sample of the ride armour in action )

Lonely soldier boy, do you remember that old lullaby?

Featured in the 80s original Japanese anime series "Genesis Climber Mospeada" (機甲創世記モスピーダ), the ride armour is one of the most iconic and sophiscated transforming mecha from last century. It is a transformable motorcycle-powered exoskeleton designed by Shinji Aramaki (荒牧 伸志), who is also the director of the Appleseed movies. In the west, these armours are also known as "cyclones" in the Robotech universe.

What is presented in this Cuusoo project is the non-transformable and limited pose/play model. It is mainly intended as a display set on your desktop that is certain to attract any hiding Mospeada or Robotech fans in the vicinity. 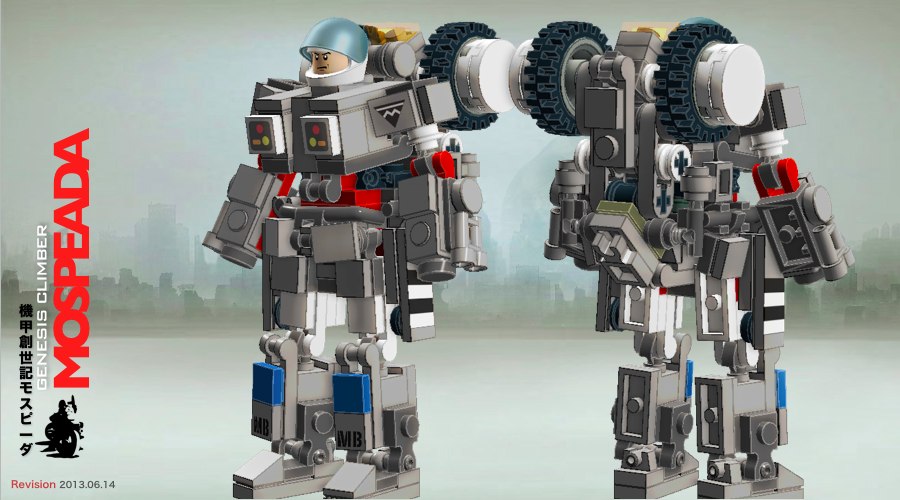 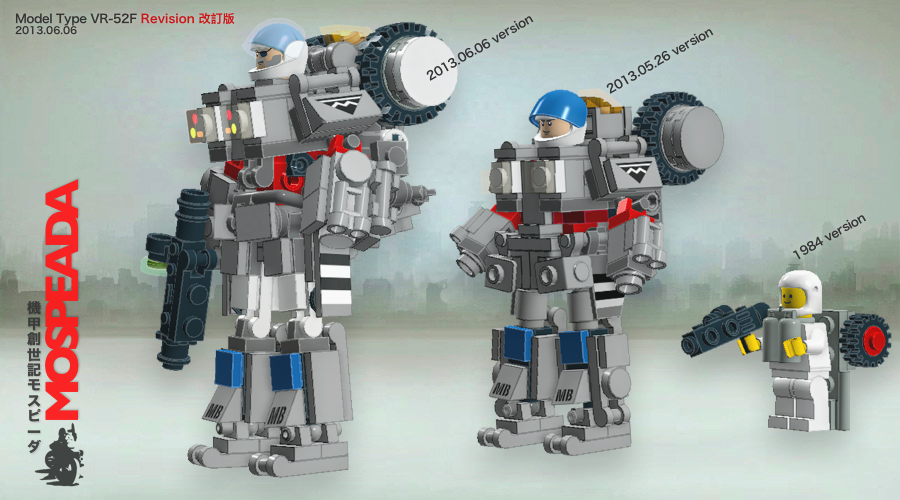 I remember trying to build the ride armour as a child back in the 80s, using the gray bricks from the classic space sets. It was a simple build that capture the main look of the mecha; I stick the white classic space minifig lying flat on the rover wheels. *Grin*.

It was only until recent months, I saw the 30162 part ("prismatic binoculars") which reminded me so much of the ride amour's (VR-52F) mini-launcher on the forearm that I had to try building the classic mechas in LEGO. And so, about 30 years later, i work on it again. Frankly, I never thought it was possible at this scale.

Hope you like this project as much as i do. If you know anyone who is a Mospeada or Robotech fan, do let them know about this project! :)

PS: I did thought of designing the rest of the ride amours ( e.g. the first generation VR-041H "Saber" and VR-038L "Bartley" models), but their curves proved to be quite difficult to emulate at this scale. It is my plan to work out a design in the following months.