I found a bit of free time recently, so I managed to update the Gunship model as well as other aspects of the Project.

Here's the new, revised model, it contains 407 bricks, and now has a more detailed interior, as well as an updated exterior. The cockpit now features a rotating chair for Samus.

The new design is based more on the modern design that Nintendo appears to want to keep as canon now. 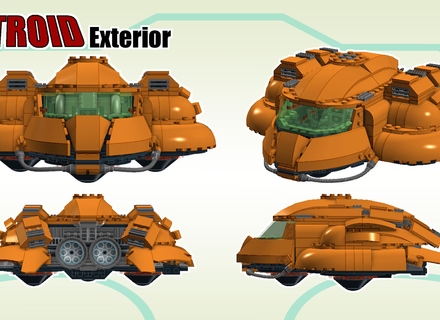 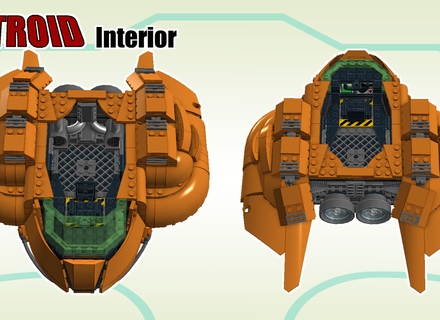 I have also edited the decal designs for the Samus Minifig to reflect that or the Other M deisgn, which again appears to be the one Nintendo are making Canon at present, as this is the design they are using in upcoming Smash Bros, as well as some other merchandise such as the Figma figure. 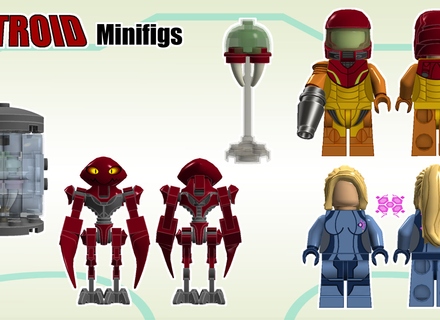 The Metroid's tank/container has had a redesign too. This is now more squat.compact, as feature two opening front doors for the Metroid to sit inside. This is made from 32 bricks including the taller stand for the Metroid too. It also now can fit inside the Gunship's main compartment.

I have had some other thoughts about the project which I'd like some input on.

I've been thinking over the project as a whole. And in light of recently succeeded projects like the BttF and Ghostbusters ones, perhaps this project would be better as just the Ship, Samus and Metroid/Container. As this would reduce the brick count and in turn reduce the overall price of the set. If this was the option the project would stand at using 448 bricks.

Alternatively there are two other options I think would suit this project.

The first keeping the set themed as it currently is on the opening scenes of Super Metroid, and using a total of 618 bricks for the Gunship, Metroid/Container/Stand, Varia Suit Samus and Ridley.

Or the Second option to remove Ridley and add Zero Suit Samus, two Space Pirates and a small landing zone play set. This however would only use 547 bricks. 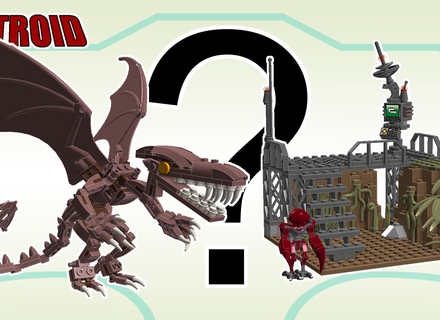 Thanks for reading this update, any and all feedback/thoughts on this would be greatly appreciated.

And apologies for the long delay in updating the project.

(I'll be editing these new pictures so they fit properly in the new size of image over the weekend with luck.)