I have made this project with more hopes for another Nintendo game will be immortalised in Lego.

I have made several edits to this project, and the largest one of all is focusing on a single set. Below you will find some images and information on the New Lego Metroid set proposal and a link to the second of my Metroid Projects themed on Mother Brain.

Any minor updates I make will be down the bottom. *

I'll add some links to other Nintendo inspired Cuusoo projects, please help support them all and spread the word.

Legend of Zelda: King of Red Lions by Flailx

Information about the project:

As I have designed the sets/models within Lego Digital Designer, all parts and colours are currently in manufaction I would assume, and as such should help towards the possibility that this project would be turned into a real set should I achieve the 10,000 supporters.

To make Samus and Ridely, exclusive detailing would be needed, I would assume however that the cuusoo team are prepared for these instances and would agree to do so.

The Varia Suit Samus mini figure would need detailing on her chest (front and back), legs (front and sides) and possibley her arms, the LDD items named "Mini Visor 2" and "Helmet W.03.2 Shaft At Front", and finally Samus' face printed on the standard Minifig head.

I have added an optional chest/shoulder item that exsists in LDD, and have given an example of how it might look with detailing.

The only major hurdle I could see would be getting the support and licencing needed. 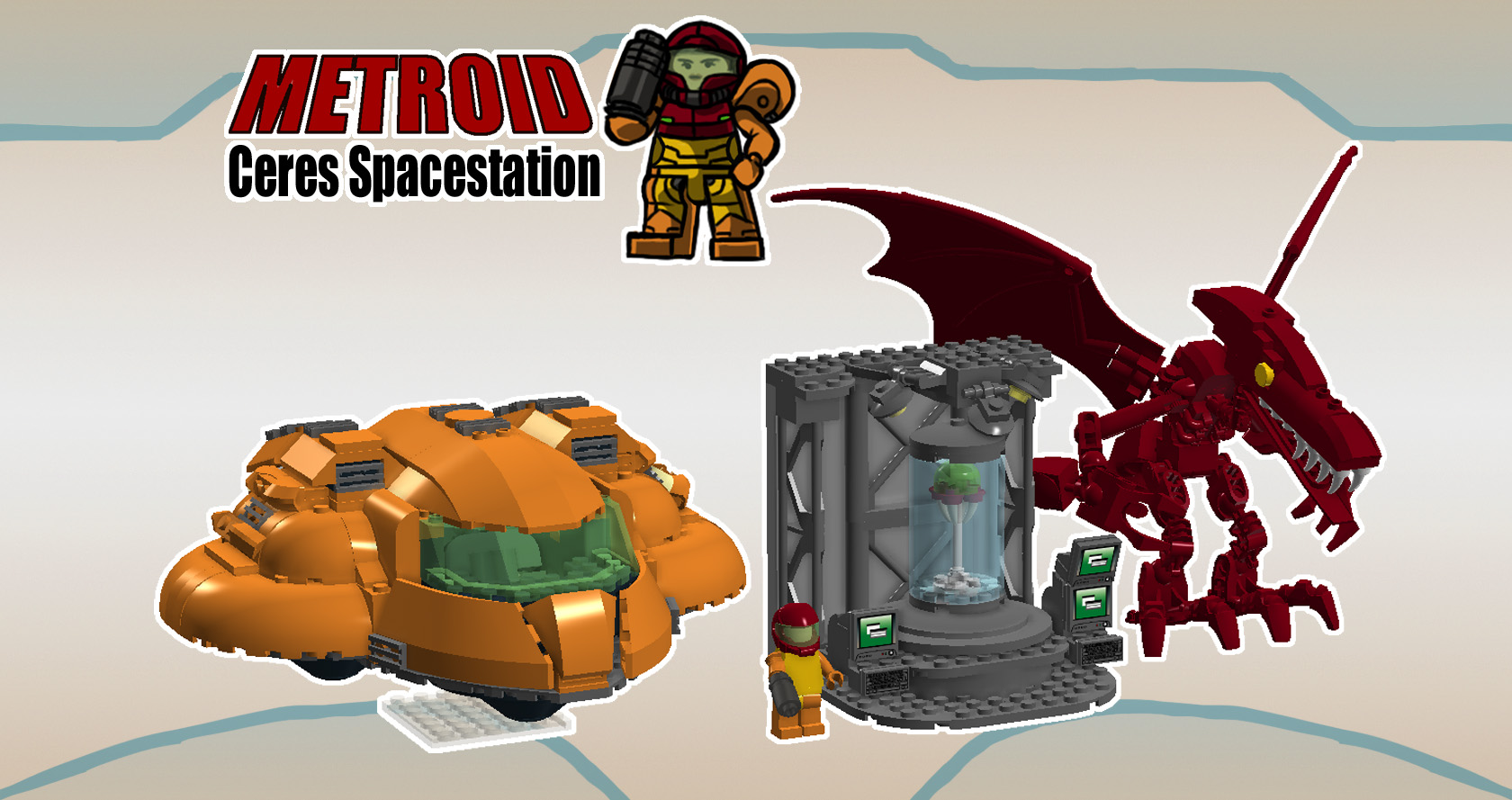 I have decided to base this project on the intro to Super Metroid, namely the Ceres Spacestation.

I chose this as it features most of the major elements associated with the Metroid Series. Namely Samus, Samus' Starship, Ridley and the Metroid Hatchling. I have managed to reduce the brick count from 718 to 588 bricks. 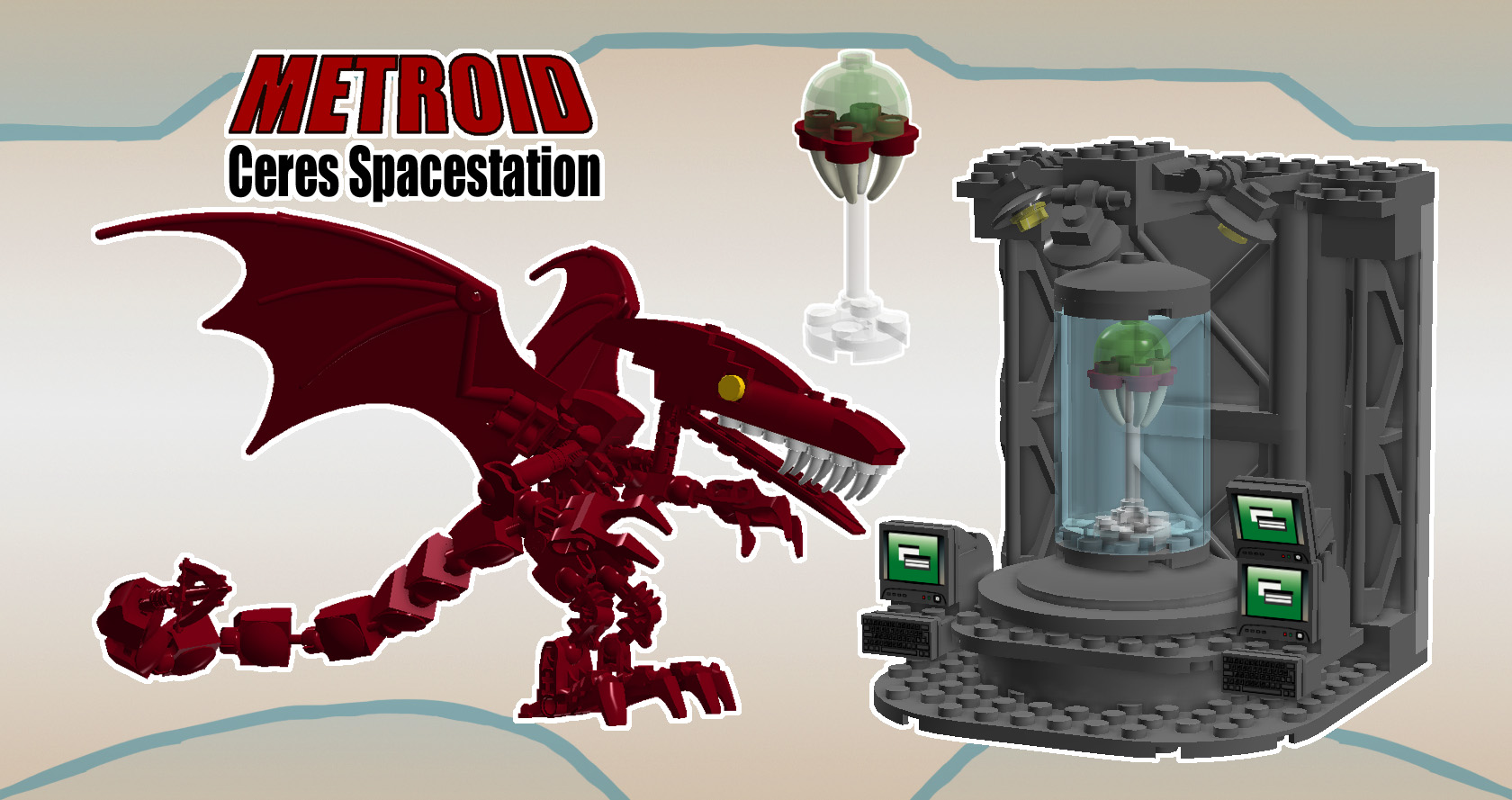 Pictured above are the current models for Metroid Hatchling that is seen on the titlescreen to Super Metroid.

The door to the left of the terminal can slide open and closed. 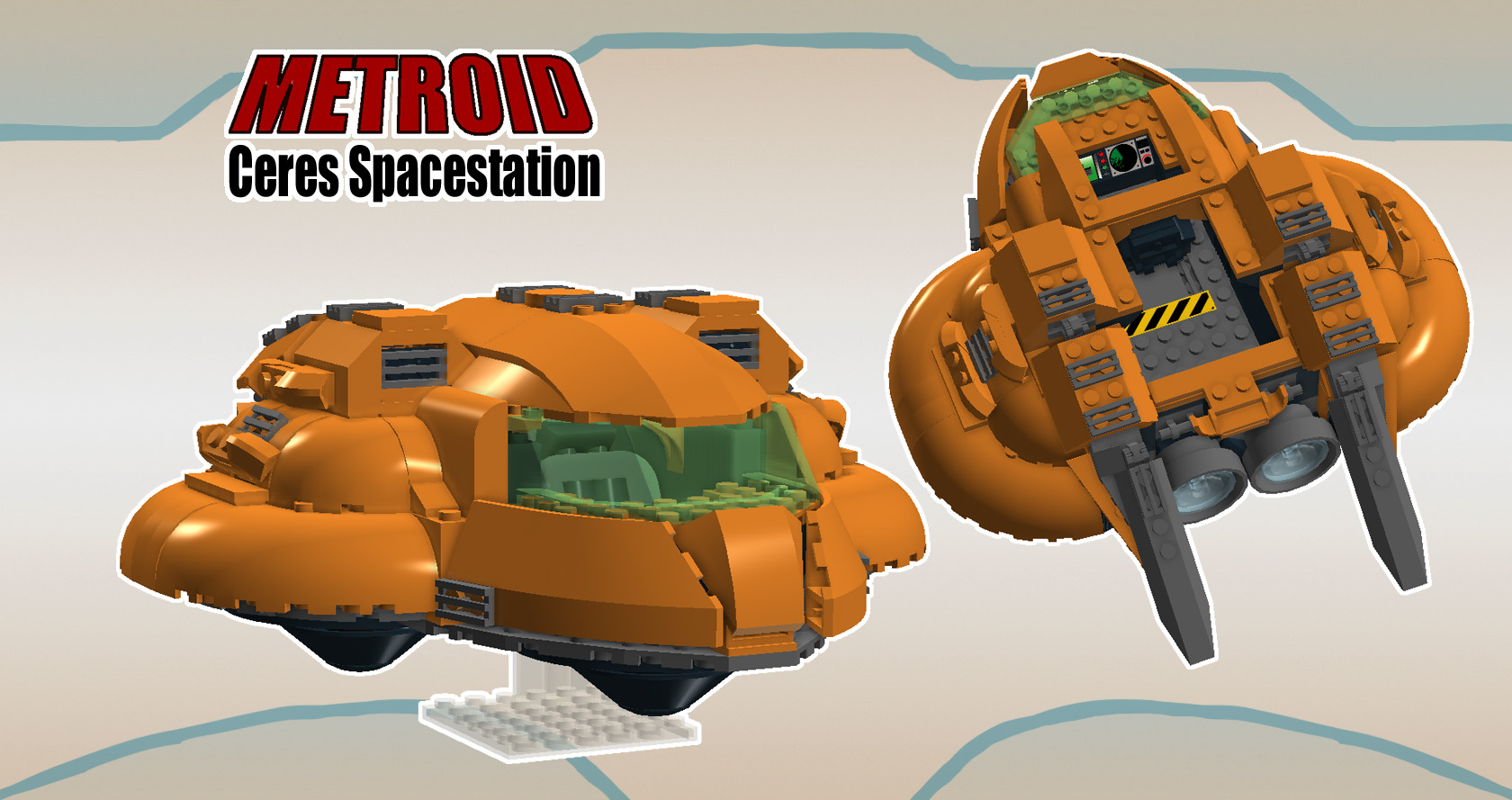 Above is Samus' Starship.

Samus' Starship has a removeable roof, and inside is a chair for Samus to sit in and a cargo compartment. The Cargo compartment is currently empty, I will no doubt add some sort of feature/detail to go in there during the course of this project. The ship's rear "tail sections", are adjustable, and the ship itself sits on some transparent blocks that create a stand, and give the ship the floating impression from the games. 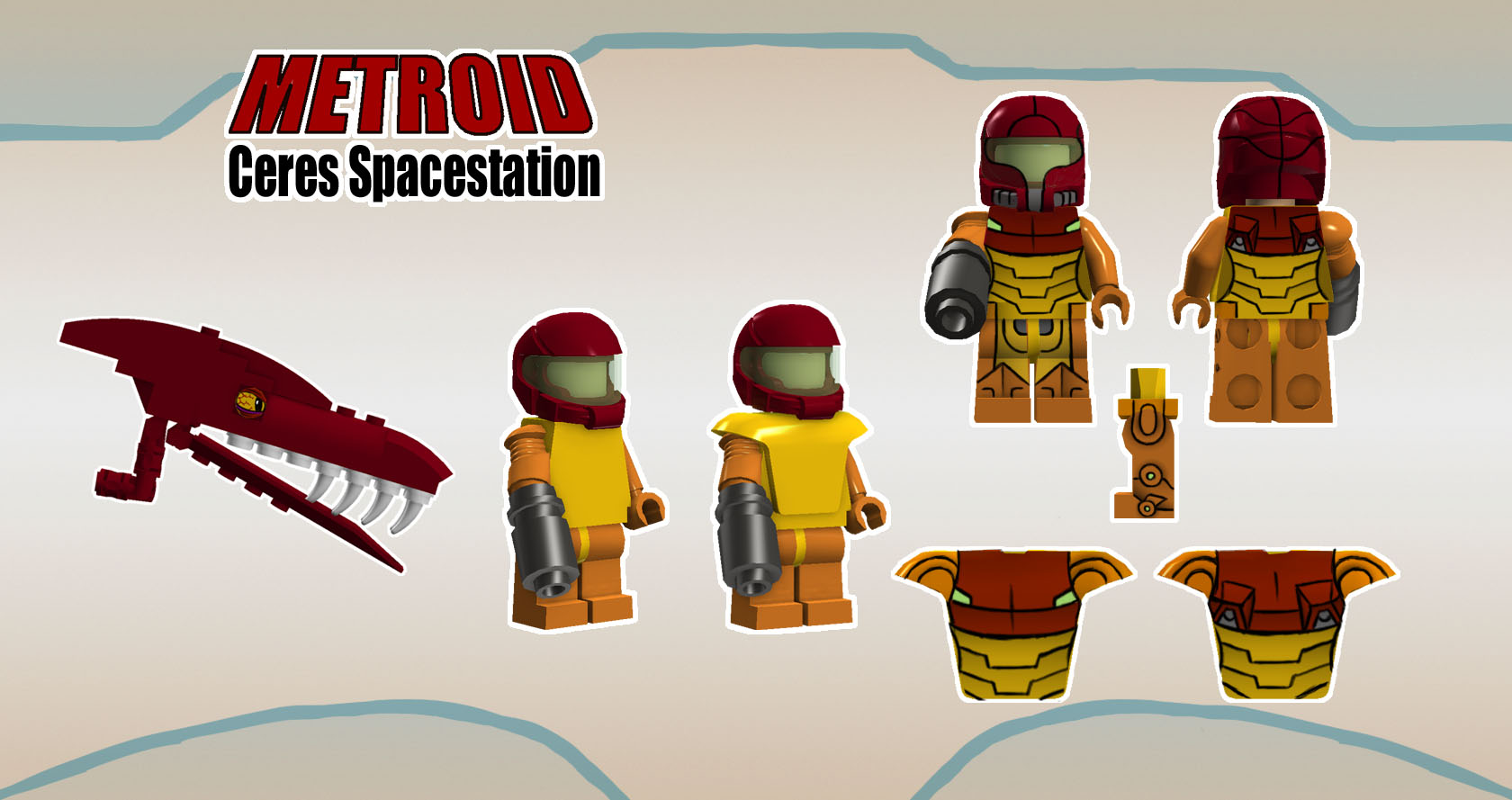 Above is the model of Ridley as well as some decal designs for Samus ad Ridley's eye.
Ideally decals would be needed on Samus' helmet, visor, chest, waist and legs. I have also shown what the "Football coat of Mail" item in LDD might look like as means of adding some shoulders to Samus using exsisting pieces. Samus' head would really just need a female face design, which there are plenty of within LDD and exsisting Lego Sets.

Ridley's eye is a "Flat Tile 1x1, Round" from LDD, this is a simple bit of decal just to show some shape to his eye.

Updated current text to coincide with new guidelines, will be editing the image within the next few days to show this too.

I have changed the minifig picture to show Samus made only from existing parts.

Have changed the set slightly, again. I have deleted the hanger and sliding door totally, and just left it with Metroid's incubation tank. I have also made some minor alterations to Samus' Ship and the layouts for the pages images.

Thanks to LloydZX and Alden51 for the information about picking a specific set.

Cheers also to Earthquake for letting me know too that you the cussoo team won't make new molds. I have made sure that I don't require any new molds, even tho it's very tempting to do so.

Given one set can only be made in a project, I might create Mother Brain as a serperate project, please let me know what ye think?

Thanks again to everyone for your input and critique, and glad to see so many Metroid fans comin together. Please help me get the word out if possible and thank you again to everyone who is supporting this project and all other Nintendo themed projects.^__^