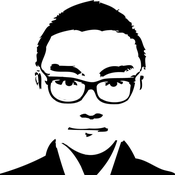 Originally conceived as an Interceptor from the Mark I series and with this Mark II Special were developed to fulfill multiple tasks.

The FB12 has two well hidden PZC85MM cannon guns that can be open and closed within the wing design.

Another special feature here is the flap that can stimulate the moment of landing or flight in the air like a real aircraft will do.

A single engine power by ion energy that provide this FB12 a longer range for a mission.

It might be small but it makes up with a powerful armaments. It's not aircraft fighter to be mess with.