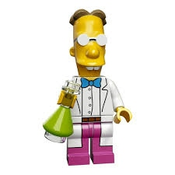 By Cole A. Dement
17 comments

Okay hi this is a game that all kids, teenager ,and adults will want to play!! So,tell me what you think!! After reading it of course.

The colors of the game's teams are red, blue, yellow,and white. You have a mini figure as your board player on a normal square pad. This is a 2 to 4 player board game. Me and my brother Wade made it. the point of the game is to capture the other players forts or get them to surrennder.  You always start off with 4 health. But you get to pick a perk at the beginning of the game were you can pick from these 4 classes. The weapons all do the same damage of 1 attack.

When fighting monsters or players to get loot such as

Your wall can defend against all monster player can jump the wall by rolling a 6(unless if you are a thief were it is only 4-6 to jump the wall) which you have to do to attack them in there base.

Now for the monsters there are bats, goblins, snakes, dragons, rats, and spiders they all have different health and attack but it can be changed if to hard to beat,or to easily beaten. When you start to attack a monster you role to see which attacks first. Odd = monster, Even = player

Now for the boring part the rules. luckily there are few.(because up above is the rest of the rules)

There is also a avatar for each player they show what armor you have and what weapon you have. Also you are given a barrel to hold your weapons neatly in a inventory so to speak.

Thanks for your time and tell me what you think and support.

By Cole A. Dement
17 comments