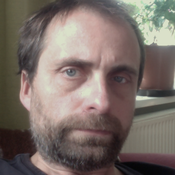 Let me introduce my second train project. I like the supersized trains that have up to twice the height compared to standard trains:

You can show more details.

Some coal wagons are shown for demonstration.

It perfectly fits to my other steam locomotives like

I used a tenderdrive, front-and backlights. And it fits perfectly with all LEGO tracks. There is one more picture as an old role model- an old field railway.

Last but not least I made a demonstration video, that consists a turntable idea:

I hope you enjoy the new playtheme.