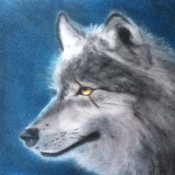 This is a historic naval gunship which I am dying for Lego to build.  I love all of the other ships they have made but the Pirates of the Caribbean ships only have one floor which I thought didn't do them justice. The Imperial flagship was awesome but I still thought it wasn't quite big enough. Hence it was my inspiration to design and the HMS Maelstrom.

I hope you guys like it as much as I enjoyed building it. Please support me because I think lots of people will like having a big ship in their garrison.