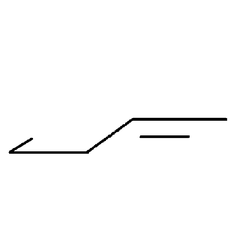 Seen in Star Wars Episodes V and IV, the Executor was Darth Vader's flagship in the Imperial Fleet. It is one of the most impressive vessels ever featured in the Star Wars films, dwarfing the standard Imperial Star Destroyer. This model measures just about 42 cm, nearly a third of The Lego Group's 10221.

Notable features include the bridge, the angles of the hull, the super-structure (the mini-city), and the engines. It includes a small, black stand, and is quite sturdy. It could also include minifigures in a way akin to the 'Buildable Galaxy' line, one possibility being Admiral Piett.

Including the stand, it is made of 454 Lego pieces.

The main appeal of having this model, or something like it, is its size and its detail. There is always a tug-and-pull between accuracy/size and affordability. As the size and detail increase, so does the price, and vice versa. This is especially true for the capital ships of the Star Wars universe, the largest vessels. In fact, it's the reason I built it and the reason I'm suggesting it here.
The scale of this model finds a great compromise. It has enough detail to make it look really cool, while being the right size to put it on the shelf (without the shelf collapsing), and being in an excellent price range (I'd give an educated guess of $50).
It also works for Lego modelers of all ages, as the AFOLS can display it and the younger (or young in heart) fans can use it to role-play large-scale battles, such as the battle of Endor.

While the same thing about role-playing can be said about The Lego Group's line of playset capital ships, like the Malevolence, the Republic Attack Cruiser, and others, they have a slightly different purpose than this model. They seem to be meant for younger fans because of the way they are built and because of their minifigure-role-playing capabilities. Whereas Lego's playset ships seem to be meant for a younger market, this model is for the older market. This ship is supposed to be used as that, the ship. As such, it doesn't need to accomodate revealable bridges for minifigures or anything of the sort, and so can be vastly more accurate. This is more appealing to older fans, like 13 or so and up.
But, that's not to say that little kids can't have fun with it. It's playability just comes from role-playing battles on a grander scale, meaning you can move the ships around while imagining everything else, such as the commanders, fighters, and laser blasts. I think younger fans will be just fine with that.

*For those of you reading this that aren't really Star Wars fans, this would still be a very cool model to have on your desk or shelf. How awesome would it be to have a model of a ship on your desk that is so large, conceptually, that it looks like it has a city on it? It'd look very neat.

# To the nay sayers based on the LEGO decision on the UCS Sandcrawler: Even if it ends up being rejected for similar reasons, you can still say to LEGO, 'Hey, I'd like to have one of these,' by supporting. We can try. We don't even know exactly how the sandcrawler violated the license agreements, so there might not be a problem with this one.

If you want to see the Super Star Destroyer in your hands or on your shelf or desk, please let LEGO know by supporting it and spreading the word! :)

Note to LEGO: I do not want this to be a competitor to the official LEGO UCS Super Star Destroyer, as I think it will end up being produced, if it gets there, long after the UCS Executor has been out of production.


If I may suggest:

Thanks for taking the time to read this! : ) 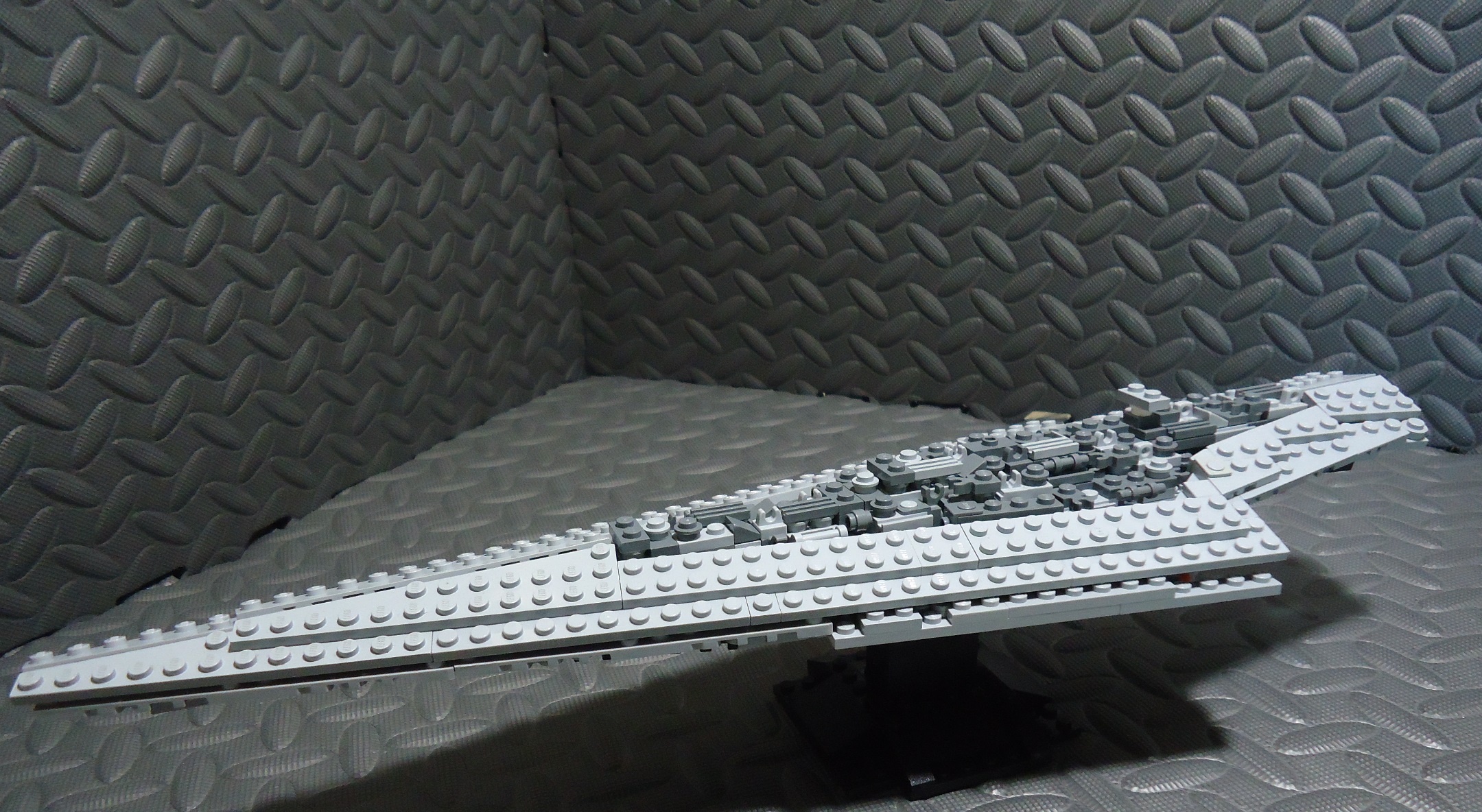 You can start to get an idea of the profile of this thing with this picture, with three rising levels of the super-structure. This photo is also comparable to a picture of The LEGO Group's 10221.
In fact, the way it was built was based off of the official LEGO model 10221, the Ultimate Collector's Series Super Star destroyer. Here is the URL to my Flickr page so you can see more pictures and angles: http://www.flickr.com/photos/69026266@N02/sets/72157633311859525/with/89884... 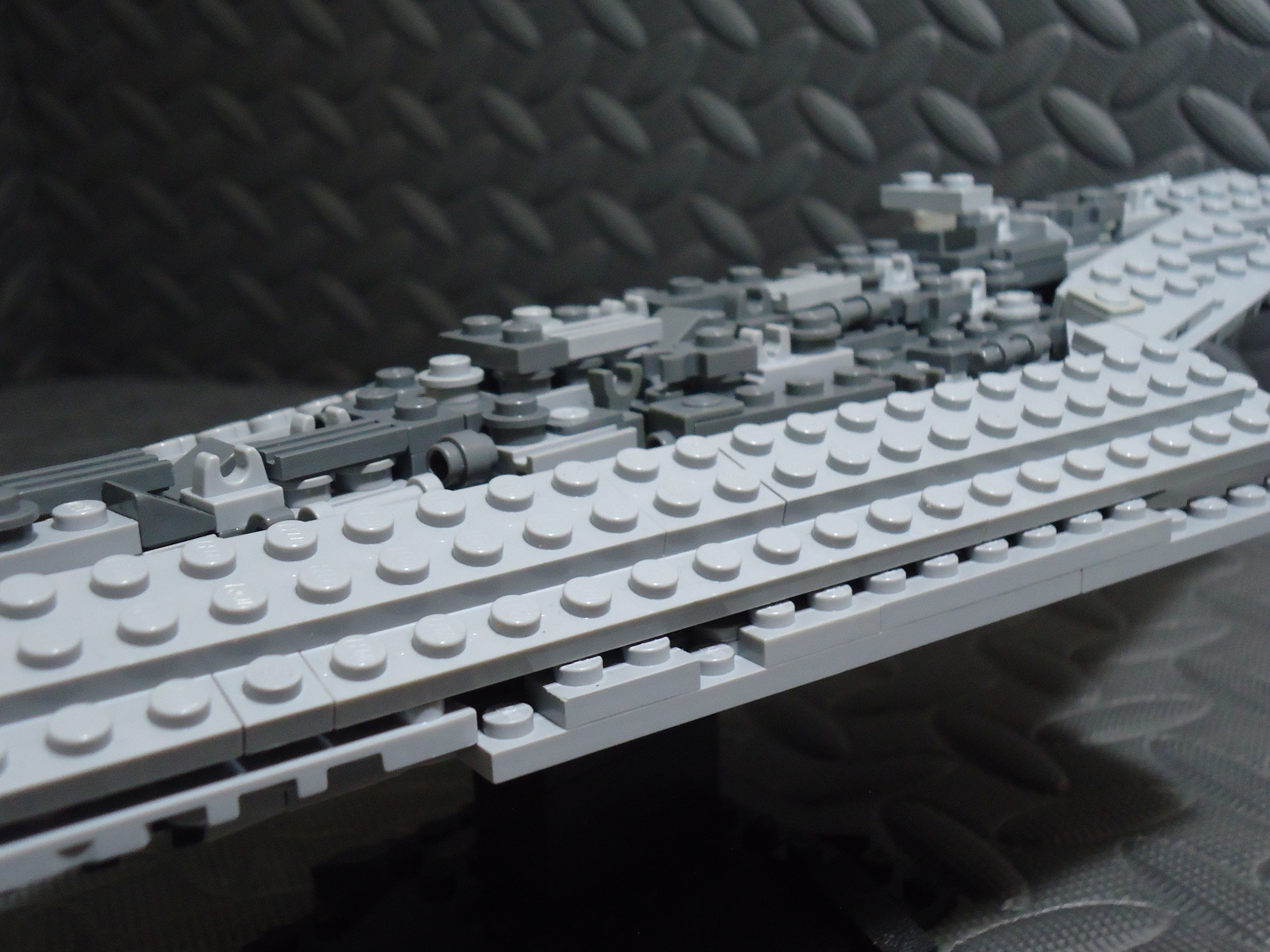 The miniature 'city' is one of the defining features of the Executor, and here you can see the three levels, as well as the bridge. 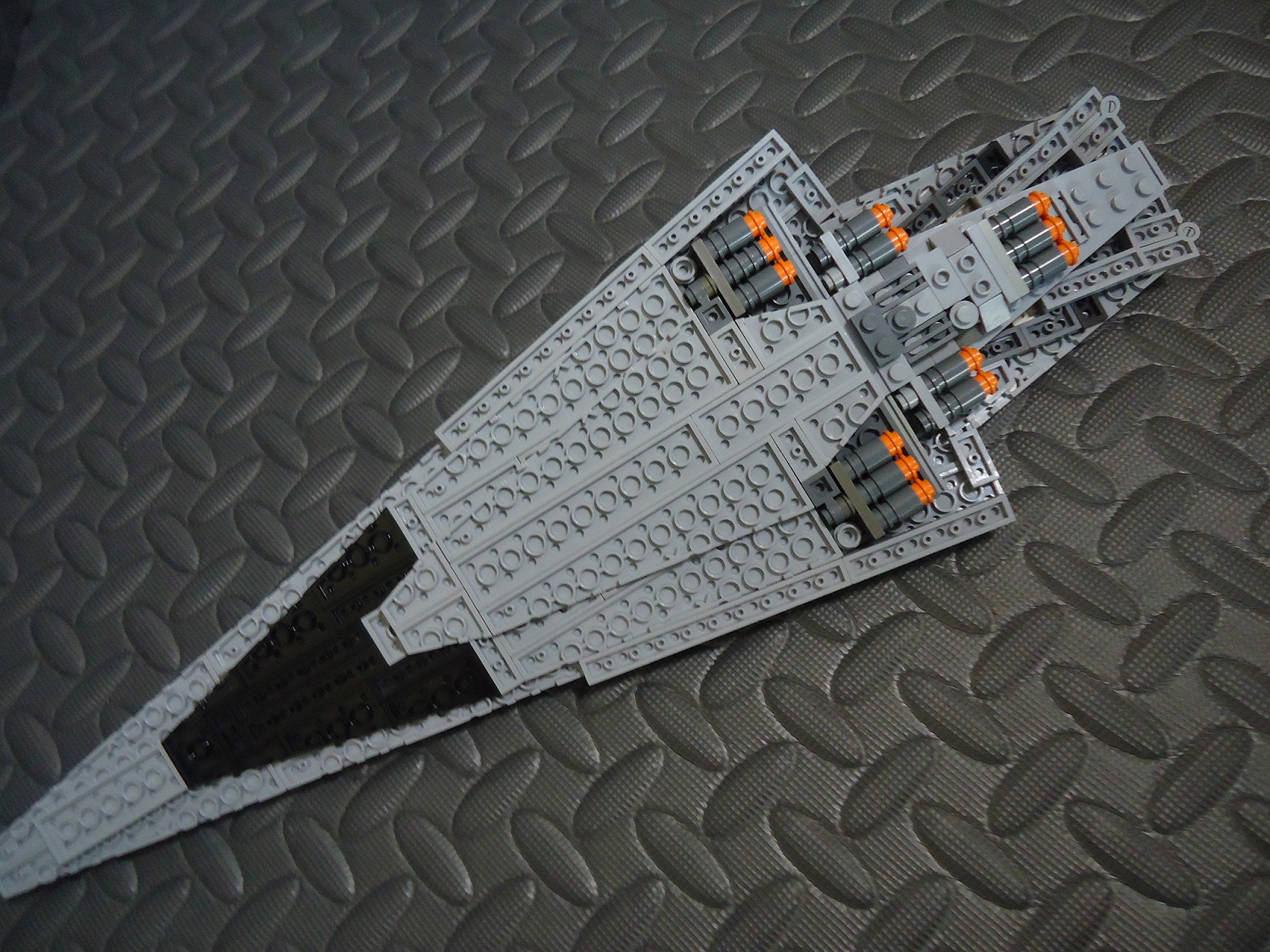 The bottom is relatively flat, much like 10221, but I used a tiered, pseudo-slope technique. Seeing as the angles of the original Executor model in the films were so shallow, it does alright. It includes thirteen engines as well as the hangar bay toward the front. 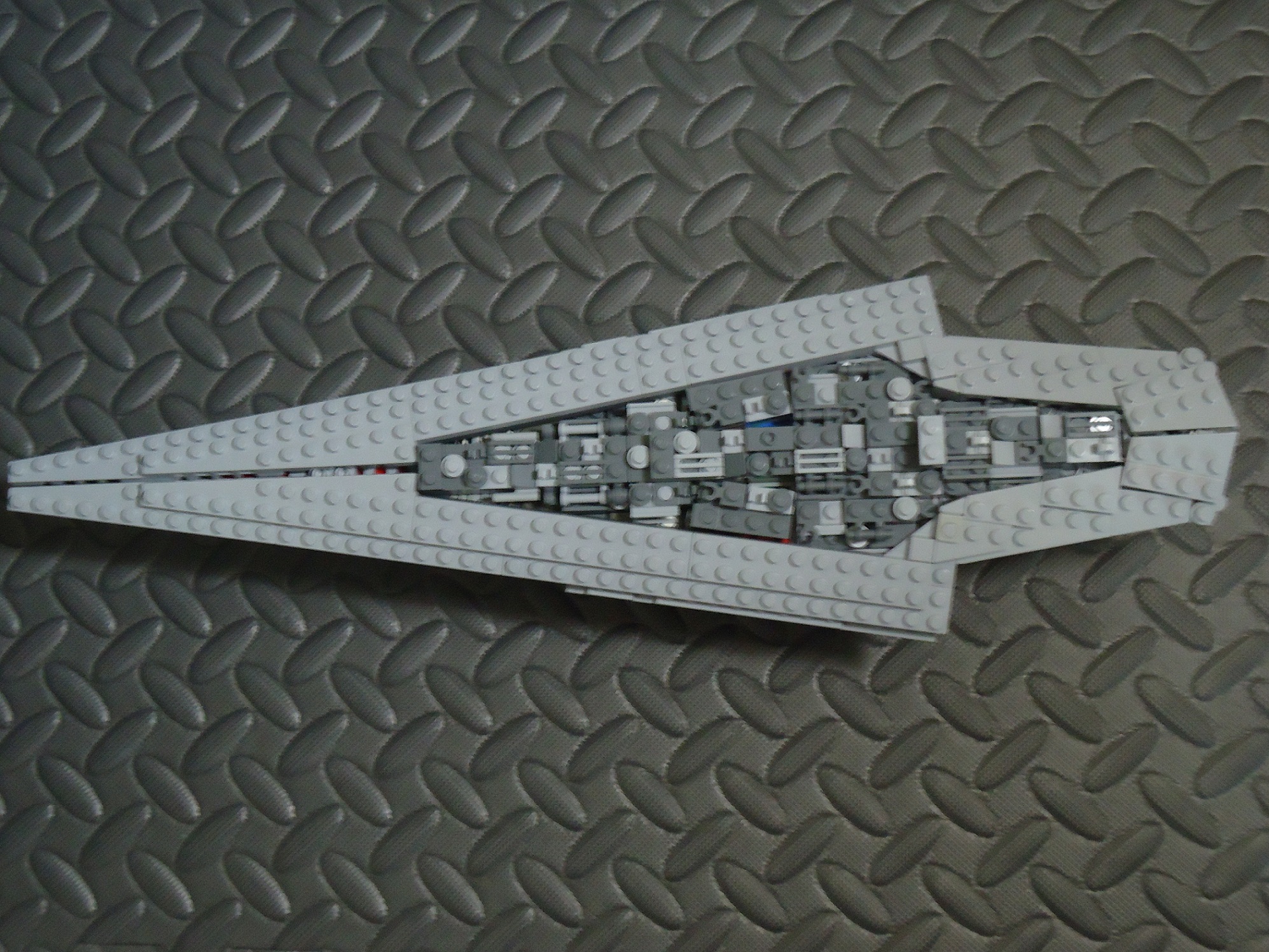 The angles of the ship are very important.
With the size of this model, not only can you display it on the shelf or desk without worrying about them breaking. You can actually hold the super star destroyer--not the standard star destroyer, but the Super star destroyer-- in your hand in Lego form! How cool is that?