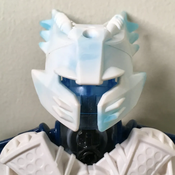 By Minibrick1232
19 comments
I've always been interested in architecture, especially historic buildings. This tower is not based off of a single existing building, instead, it's based off of numerous historic state capitols and government centers. After looking at all the great building/architecture ideas featured here, I decided to try and make my own!
The building is meant for display and was purposely built at a smaller scale. Numerous statues line the top of the building, which is topped by a gold dome. Trees and flowers surround the two entrances. The sloping design at the base was done after renovations to the original structure.
Although it's intended to be a government center, you don't have to think of it as such. The building serves just as well as an historic office tower or show building. At just under 650 pieces, the building is not too complicated a build. It's made to fit within an existing Lego collection without taking up space. It also uses colors not commonly seen in most Lego sets, such as Chrome Green and Very Light Bluish Gray.
I hope you enjoy this build! Feel free to comment any feedback and suggestions you may have! I'm always looking for new building techniques and ideas to make my builds the best they can be.