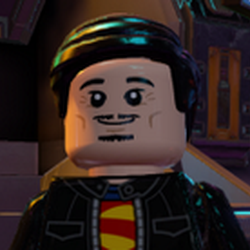 This set is from the Star Wars Rebels tv series. It includes a tie fighter(with pink spray paint on it). The Mandalorean, Sabine is included as well as a imperial stormtrooper and pilot. There are 351 bricks in the set.

Star Wars released a short depicting Sabine blowing up a tie fighter so I decided to make it in lego.