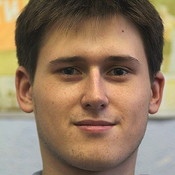 The Mil Mi-8 (Russian: Ми-8, NATO reporting name: Hip) is a medium twin-turbine helicopter, originally designed by the Soviet Union, and now produced by Russia. In addition to its most common role as a transport helicopter, the Mi-8 is also used as an airborne command post, armed gunship, and reconnaissance platform. Along with the related, more powerful Mil Mi-17, the Mi-8 is among the world's most-produced helicopters, used by over 50 countries. As of 2015, it is the third most common operational military aircraft in the world.

By creating this model, I set myself two goals: first, to make a detailed model with real proportions to scale minifigures, and second, to make a strong model for kids games.I did it.

creating a model, I used scheme of the helicopter, so the proportion of length, height, width, diameter of the rotor are the same as in a real helicopter. In addition, the model has turned out beautiful, she is very strong, all the elements hold firmly and even yesterday it was tested three year old brother of my girlfriend :). As the model has a lot of game features that open the door and loading ramp. the roof is removed for easy access to all of the cargo. open cab, which can be easily put minifigures.