By leopard1217
0 comments
Paul has taken to the skies in order to search for the Sky Jewel. BATZ and CHKN have been following Paul this whole time. Avoid the villains and get Sky Jewel.
This set is 103 bricks and will include a small bulky helicopter, and a shrine. I was going to give Paul a plane but I couldn't make a plane, so instead I gave him a helicopter. 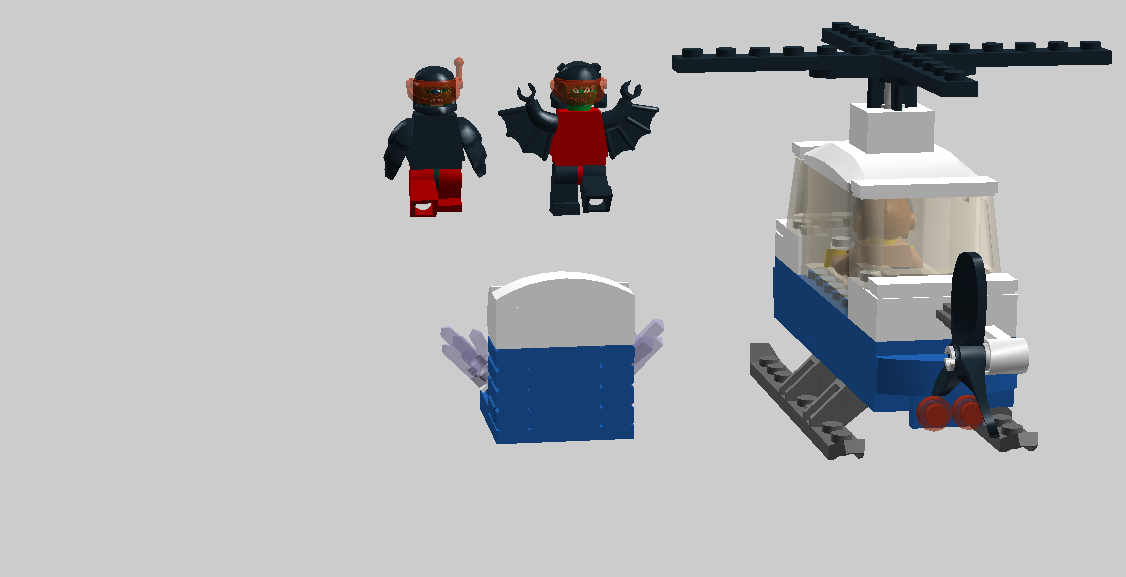