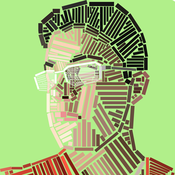 This is finally my first project on Lego Ideas. I have created the boiler deck which is located inside The Penguins boat. This scene is from the awesome game Arkham Origins, where Batman tracks down The Penguin and is confronted by two infamous villains, Deathstroke and The Electrocutioner.

The Model: I have created half of the arena using multiple joints, so you can angle it however you want. There is a section of the ships floor that comes with the set that has a feature that can send a mini figure,"flying", in the front facing toward you in the main picture. The walls of the model consist of intricate pipe work and banners. Around the metal bars surrounding the top of the structure are Christmas lights (because the game takes place on Christmas Eve). Inside the walls are small rooms, and in one of them as you can see in the images, I added an Enigma Data-Pack (things you have to find in the game) just for fun. Along the very top on each side are red fuel containers that can be easily flicked-off with a finger to shot at Batman, like when Deathstroke shoots a cable at them and throws them at Batman in the game. I have also added one more feature that is located behind the main wall at the top. It's a mechanism that can make a mi figure,"jump", out and attack Batman! I have a also as you can see added pieces with holes on the ends of the main structure and on the ships floor. With some Lego pins(which would be included) if you buy the set twice you could connect both sets to have the complete arena!!!

The Minifigures: I hand drew and designed these minifigs, and will come in the set.

Please support this project, it will only take less then a minute of your time! If you have any comments on how to make this project better please comment above, thank you.