By lizardman
13 comments
"A pair of knights have been hired to do something no one else would do. They have to transport a treasure over the sea monsters domain! Ruler of oceans, every sailor fears this beast as he fears the grave. The beast has sunk countless ships over the centuries it has existed. Will these brave knights be able to succeed in transporting the treasure to the king, or will the sea monster claim it as its own?"

I made this project with the hopes of filling an absence in many of LEGO's products. For the amount of publicity they have, there just seems to be a complete lack of sea monsters in LEGO's products. Sure, we've had this, but that's just an octopus mold being passed off as a kraken. You might count the Atlantis sea creatures, but they were more based on real life animals than on sea monsters. The best thing we've gotten to an actual brick-built sea monster is this and that was back in 2005. I find this void rather baffling and is what motivated me to build this with the hopes of filling that absence. 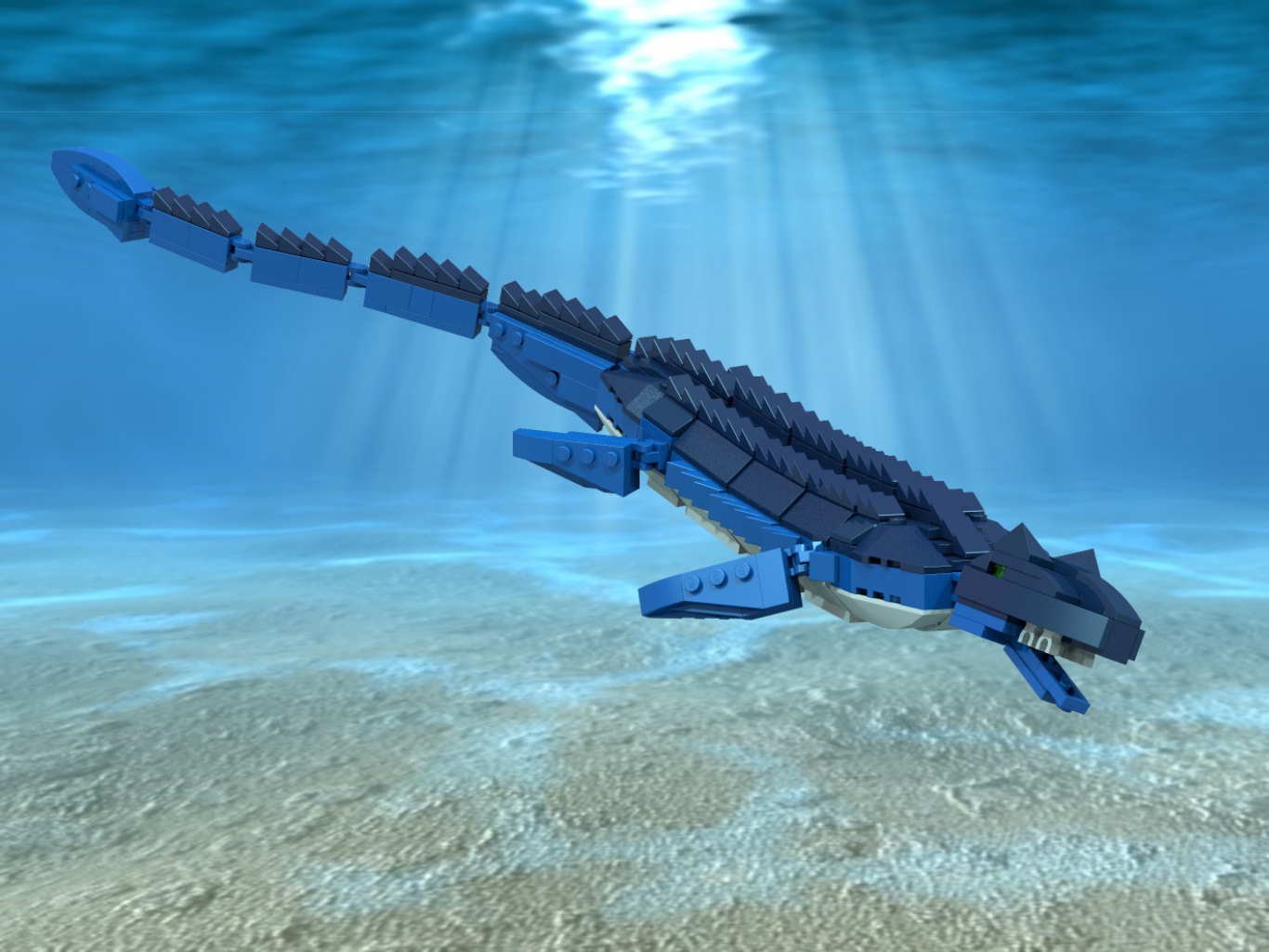 The sea monster model is an extremely flexible model with wild positions being able to be made with it. This is made largely in part because of four ball joints being concealed in its body. As you can see in the picture above, this gives the ability to pose the monster in tons of different ways that look like the creature is actually swimming. In addition, the flippers are able to move both along the hinge and rotate as well. This allows you to position them in a variety of poses as well. The head is attached via a ball joint which gives a large degree of freedom in movement and the mouth can be open and closed with the jaw resting between the teeth when closed as well. The tail is segmented with click joints and can be positioned in many different ways. All of these different areas of motion come together to make an extremely poseable monster. 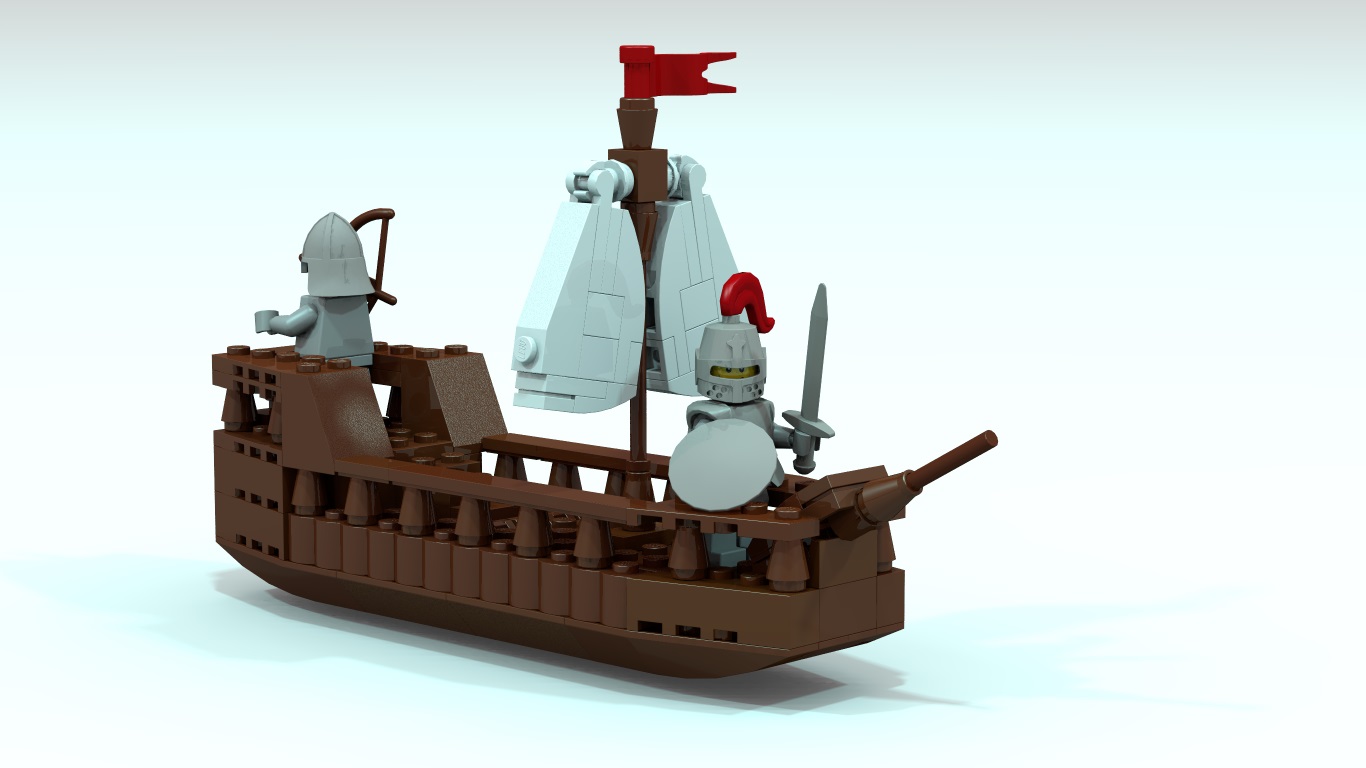 Here are the two brave knights sailing on their ship over the monster's waters. The boat is rather small in order to keep the part count down but still give an element of playability to go with the sea monster. The treasure is stored under a trap door piece in the hull of the ship. 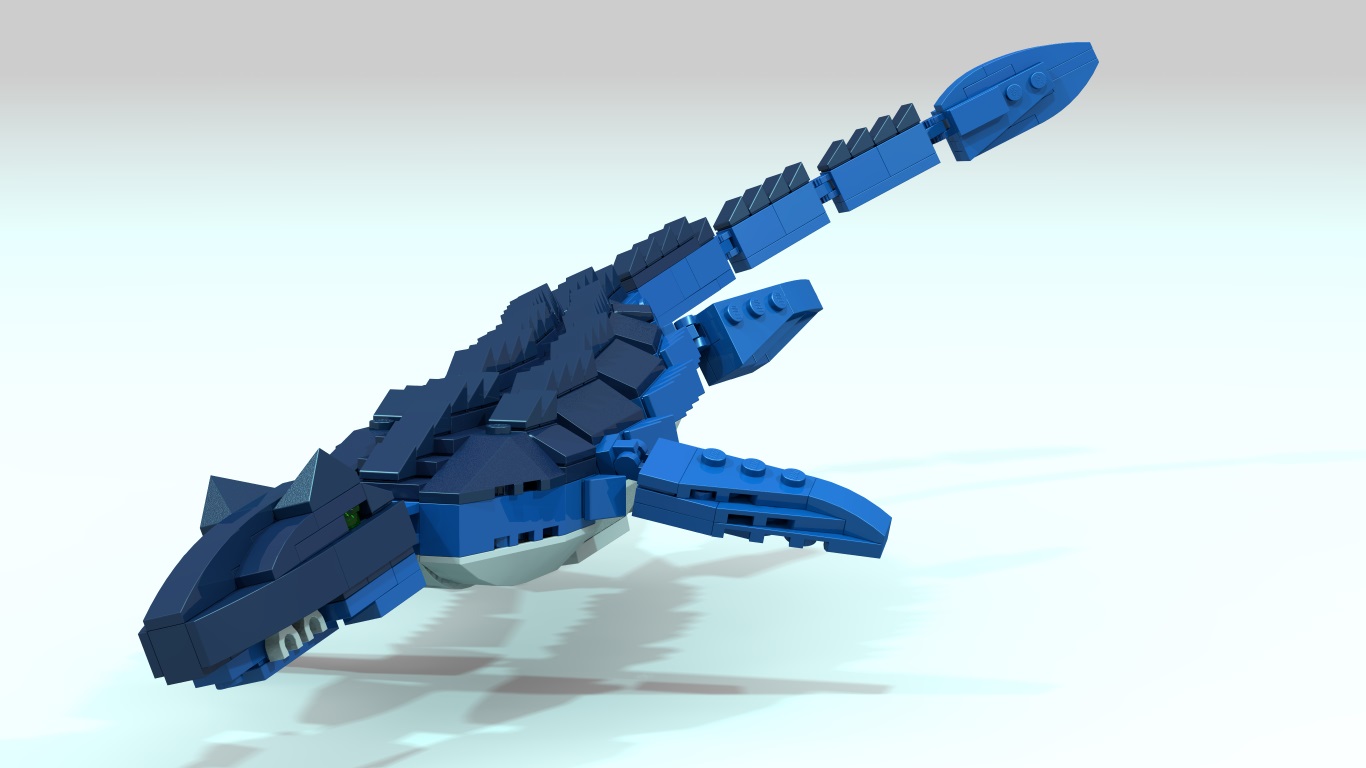 Here is another look at the sea monster. Of note is the jaw resting comfortably between the teeth allowing him to have a toothy and menacing look even when his mouth is closed. As you can see in this picture as well, the front flippers are rotated to a different position than in the prior picture. This is an example of the rotation they can do to afford it more flexibility. 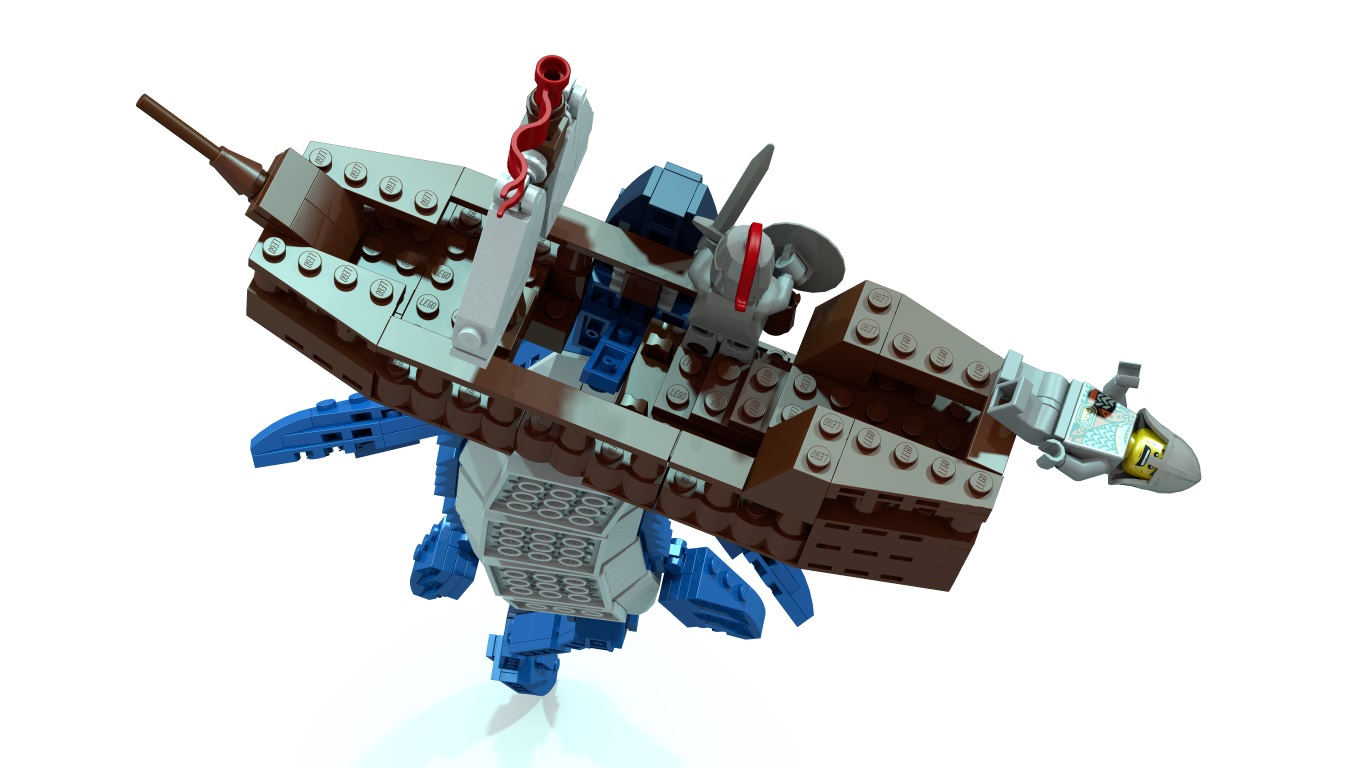 Here the sea monster strikes from below the waves with sheer force and rips out the hull of the ship. Will the knights be able to successfully deliver the treasure to the king, or will the sea monster claim their ship as well?

Thanks for viewing and for the support! If you enjoyed this, please check out my other projects: