BECAUSE CUUSOO HAVE NOW BANNED PROJECTS THAT ARE PITCHING A CONCEPT OR BRAND RATHER THAN INDIVIDUAL SETS THE DESCRIPTION OF THE DIGITALKNIGHTS HAS BEEN ALTERED.

TO COMPLY WITH THESE NEW GUIDELINES I WILL BE POSTING EACH SET IDEA SEPARATELY WITH LINKS IN EACH AS I HAVE WITH THE STEAM KNIGHTS SERIES.


Concept: In the 22nd century the internet has evolved into an entire virtual universe. In this universe viruses are like rampaging monsters. To combat this threat, the governments of the world have turned to a cadre of computer games designers to create a new system of defence - the DigitalKnights

Products: The DigitalKnights are conceived as a hybrid of hi-tech looking warriors facing monsters, dragons, demons with technologically originated designs. The sets could be made on three distinct skill levels:

Pictured below is the basic heroes set, seven warriors that could also be sold individually. 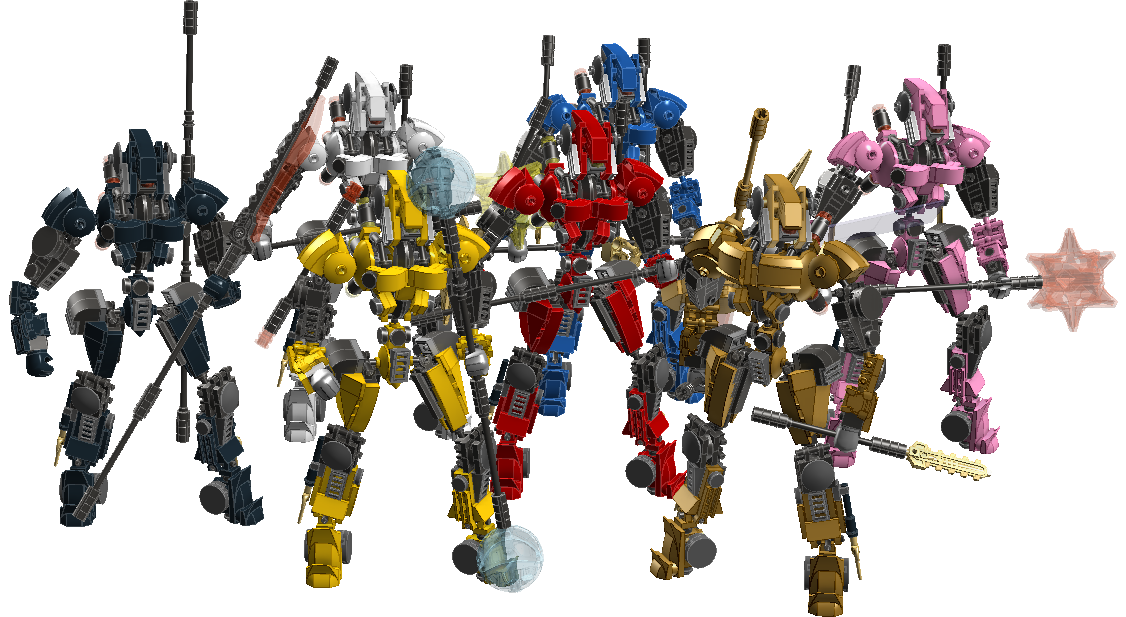