Legend of Zelda: Relics of the Past 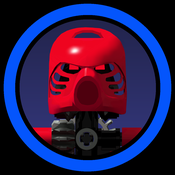 Link: (Rolls over in bed)

Navi: HEY!! How about I throw in an extra LEGO Hyrule Castle for your efforts?

Yes, Zelda fans! Now you can save Hyrule without having to leave your home or jumping on your Nintendo console!!!

This Hyrule Castle set features a museum like inside, where you can see artifacts from games like Ocarina of Time (the medallion of light), a Link Between Worlds (Ravio's bracelet, pendant of courage), Minish Cap (the light force), and more!! You can also take the castle apart for easier access to things such as the towers.

Including the minifigures, this LEGO Idea is 2999 pieces! (only one piece under the 3000 limit! Hope that doesn't bug you, LEGO Ideas staff!)

It has three minifigures: Link and Zelda from Breath of the Wild, and Ganondorf from Twilight Princess.

There are several reasons I think this could be made into a LEGO set:

1: No new pieces are required! All of this was made in LEGO Digital Designer, meaing it only used existing LEGO pieces.

2: Although the Legend of Zelda series does have a religion, it is only a made up one that gives the story more depth.

3: And while K'nex has the Mario Kart and Mario rights, they do not have the Legend of Zelda rights.

But hold your horses (no matter how excited Epona looks)! You can't save a miniture version of hyrule just yet! This project requires your support. Click the big blue "Support" button to help make a miniture Hyrule happen!