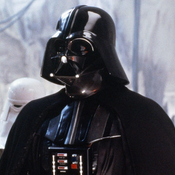 ​The lightsaber resurfaced some thirty years later on the planet Takodana, in the possession of Maz Kanata. When Rey, Finn, BB-8, and Han Solo visited Maz Kanata's castle, Rey ventured into the castle's basement and found the lightsaber inside Maz's curio box. Upon touching it, she received a series of visions and recoiled in horror, rejecting Kanata's attempt to give her the lightsaber.

Set would be ​great for movie fans and set looks very nice and very well made also you can combine with other sets.