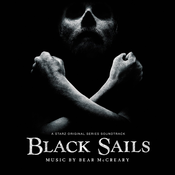 This is The Hydra Schmid Coupe from the Captain America movie.
in the movie it's owned by Johann Schmidt, who is also known as the Red Skull.
in this movie they used an gray version from this car, but the original design from
Daniel Simon is dark red, that is why i used dark red instead of gray
the car for the movie was build on an truck chassis and had an Ford v8 dragster engine under the
hood,

The car that i have build is 56 studs long, 14 studs wide, and counts 809 bricks,
to build it had to study as much as possible so i could give it the detalis i wanted to have
the hood is removable so you can actually see the v8 engine underneath,

The vehicle will look great on any desk and any collection, but will also be great to play with.