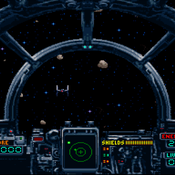 Have you ever wanted a Lego Star Destroyer? I certainly have, But have never had enough money to buy one. I decided that I would make a smaller version of the Imperial Class-1 Star Destroyer. Although it does not have any play features, It still would be an awesome addition to your Lego Collection. I decided that it would make a great UCS Set, Because of the lack of play features and how detailed it is. I have constructed a stand for the Star Destroyer. It holds the set off the ground, making it seem like it is flying through space. The stand comes with a built on Info Plate, to tell everyone who buys the set about the star destroyer. Next to the Info Plate, is a space for a Minifigure. I think that it will be very cool if there was a Minifigure designed for this set, and could show up later on in different sets. If you like the idea of a UCS Star Destroyer for a reasonable price, support this 240 piece set!