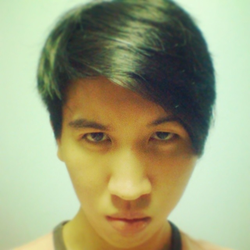 This is a minifig scale flight simulator that mimics aircraft flight and the environment that it flies in, for pilot training in the Octan Aviation School! The set-up consists of various controls and Technic pieces for the yaw, roll and pitch of the simulator cabin. I had been wanting to complete LEGO City's Airport line-up with a pilot training institute, so that the children and teenagers who play the playset can have a rough understanding of the processes involved in training the pilot trainees for flight.

At first, I tried to replicate the configuration of the Steward platform through the use of Technic parts for the playset, but I had my qualms with regards to the usage pneumatic parts in the set-up, so I decided to rely on the conventional gears and lever system to achieve my desired range of motion for the simulator cabin instead.

This model is heavily inspired by a similar set-up that a user, LEGOpachinko, designed. I was rather stunned by the choice of similar elements used in both our set-ups, but his design helped me solve the issue of achieving pitch, which I was initially having in my design.

Seeing that there are a small, but growing number of female commercial pilots in the world today, I do hope that this set would inspire both boys and girls who play it to consider pursuing a career in the aviation industry. Not so much for girls to just aspire to be air stewardesses, but pilots too.

This playset comes with the simulator, a control station, an aircraft ladder, and six minifigs (2 flight instructors, 2 trainee pilots, and 2 simulator technicians). The piece count of the simulator cabin with Technic pieces alone (without the technician's area, control station, accessories and minifigs) is 381 pieces. The total piece count of the showcased set (in the photos) is 543 pieces.