The Siege of Troy 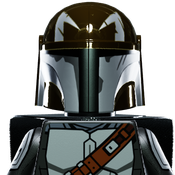 By Myrmidor
10 comments
Allow me to present to you, one of the most ancestral wars of Antiquity, the War of Troy. Here I decided to represent the arrival of the Acheens and therefore the beginning of the siege.
As you can see, this set has a look that you should know ... I have indeed decided to represent this battle, just like the 3 promotional Lego Star Wars sets! As you know, I like to choose a particular category of Lego, to create a set that would fit very well among the others. So that's why I still think he would make a great promotional Lego Ideas set. So I respected the dimensions of the Star Wars battles, but I also respected the fact that the bricks must be lying! This little detail that I had not noticed in advance, was part of the challenge of building this project. It was quite complicated for me to represent the Greek ships which have, in reality, a little bizzard shape ... I did what seemed most relevant to me. For the city of Troy, I obviously could not represent it in its entirety, I made the choice (in relation to the size of the boats), to recreate only the central gate with its direct ramparts. I find that this association between the blue of the sea and the sand, conveys the context of war rather well.
In fact, I think this small set would make an excellent promotional Lego, I hope you will be of the same opinion !
Thanks for your support !