Battle for the Key of Amroth 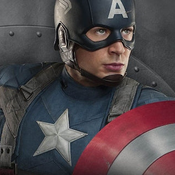 The legendary ancient city of Amroth now lies in ruins, sunken beneath the earth due to the millenium of earthquakes, volcano eruptions and floods. The key to this ancient city was supposedly lost, and the ruined entrance now serves no other purpose than as a reminder of what once was. But now, the long lost descendant of King Amroth the first, Ramroth son of Damroth, has recovered the key and seeks to return the ruined city to a bustling capital. But he has been ambushed by a clan of orcs, who also want the key, but only to plunder what is left of the cities treasures. Who will win the battle for the key?

The set I made is made up of several components. The orc battle beast, who is equipped with a shield, helmet, battle hammer and poseable arms and legs. The orc warrior, who wields two swords. Ramroth, who holds a sword and a key, and wears a cloak. Then there is the gateway itself, with a ladder, flag, table with a goblet and crystal, and coat of arms showing a crossed hammer and sword. I made up the universe this city is set in, and I hope you find it interesting. I think the set should cost about $39.99. Please support!