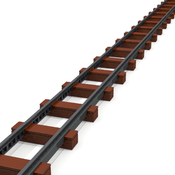 Tekkit is one of the most well known and popular mod packs for Minecraft. Therefore I thought that it would be a great idea to create a LEGO set based on this premise. It is constructed from 576 bricks; and is compatible with, and also suits the style of the current LEGO Minecraft sets.

The side view shows the set in more detail. The set is shown split into its four quadrants.

The first quarter is focused around the quarry from Buildcraft. The orange frame is the most visible feature, and is accompanied by the white quarry block. Minefactory Reloaded conveyor belts lead any mined items from the quarry to the chest.

Visible through the quarry's excavated hole is a small cavern featuring a small underground river.

The second quarter shows some of the key features of Micdoodle8's Galacticraft. The grey rocket is shown sitting on its launch pad next to the lake. On top of the mountain sits the NASA Workbench.

Underground there is part of a railway. A small ComputerCraft mining turtle is sitting next to the tracks.

The third quarter shows the ME Molecular Assembler Chamber from Applied Energistics. Custom decals have been used to create the central block on each face. The ME MAC is connected to more AE technology by an ME cable.

Underneath is a small Buildcraft oil geyser. This is built using several sloped black tile to imitate the in-game geysers.

The final quarter shows a MineFactory Reloaded-operated rubber tree farm. Machines are present next to the tree to mine the tree and plant a new sapling. The machines are powered by a Thermal Expansion steam engine. A conveyor belt leads the mined wood into a chest. Also visible is a Tinker Table from the Modular Powersuits mod.

Underground, another part of the railway is visible, and a portal and bookstand with linking book from Mystcraft are shown. The portal is made in a similar way to the one in the Nether set.

Available with this set are two mobs: a pink slime and a sheep. I chose the sheep as I thought that this was such a key mob from Minecraft , and I found that it had not been made yet. I chose the pink slime as it is perhaps one of the only unique mobs to Tekkit, being part of the Minefactory Reloaded mod.

Overall, I think that this set would fit very well with current Minecraft sets and ,much like Tekkit actually does in Minecraft, will add much more playability and depth to the Minecraft experience.