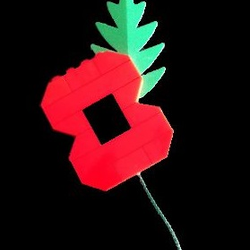 In Commonwealth countries the 11th of November is a day of reflection to remember those soldiers who died in war.

Known as Remembrance Day, Veterans Day, Memorial Day, Anzac Day or Armistice Day depending on where you are, the poppy remembers those who have fallen.

This is a day close to my heart and this LEGO poppy, in my mind, would be sold as a set in October with all profits going to the Royal British Legion (or similar institution depending on which country this is being sold in).

This LEGO poppy is full wearable and looks fantastic when worn. Plus being made of LEGO it is not as easily broken as the paper ones. 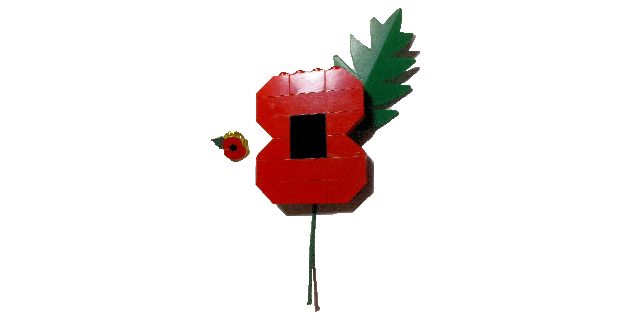 This is made from 'off the shelf' LEGO bricks - aside from the pin on the back so it can be worn.