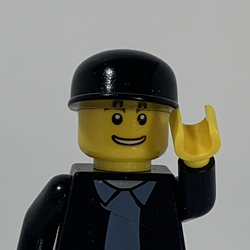 Hpblue
31
189
days left
For centuries many minifigs have searched far and wide for the lost city of Atlantis. However, none of these missions or quests have ever come near to discovering the real truth of the blue depths bellow. In reality, there is an advanced civilization who pilot the great, mechanized Crab which carries an entire city atop its shell. The city of Crablantis is surrounded by a massive glass dome which conceals the city's atmosphere. The mech moves around from ocean to ocean, never staying in one spot for too long for it must remain concealed from the surface world.
31
189
days left