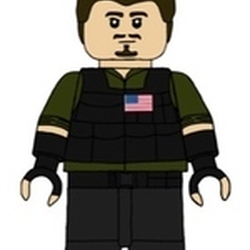 [You can turn this LEGO design into an actual product: just click in the “support” button (It’s free!). When it gets 10.000 votes, it will be evaluated by The LEGO Group]

This set includes 7 minifigures based on characters from Friends NBC show. It has no top or a fourth wall for play purposes. I thought it would be cool to have a Friends set like the Big Bang Theory set. Also I think this will do well because the show was a big hit.

I think fans will enjoy this set because Lego has never made Friends sets.