Battle Of Naboo Board Game 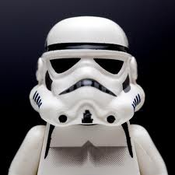 This is a Naboo version of the star wars board game, battle of Hoth. The rules are the same but there are no micro figures on the Fambaas and AAT's so you remove a shield piece/gun.

The Naboo pieces (from the left) are Kaadu, Fambaas, Gungan's and general Ceel/Jar Jar Binks.

The Sith pieces (from the left) are AATs, STAP, battle droids and OOM-9

The micro figures will be detailed like in the Hoth game. Characters include-Gungan's, General Ceel/Jar jar, battle droid, OOM-9 and a pilot battle droid.

The Gungan army also start in a lightly decorated swamp area with darker green bricks to show this.

So if you like the battle of Naboo or just want another Star Wars board game support now!