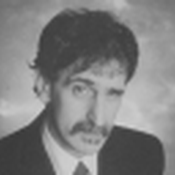 By kevin8
6 comments
It's a corner modular bookshop and it has been designed in the early 2013 and built.
It all started with the photo of a building placed in New York, initially I was trying to catch the curved facade and I spent many evenings trying to find the right inclination...

As in many other modular building, it has a shop in the lower floor and a house in the higher. I decided to put my acronym in the rear like it was a graffity, actually I was looking for a more "flowing" sign, but it was the best I can obtain in such a narrow place.

I created a watch for walkways... I'm satisfied with it, but I'm waiting TLG to produce some brackets in white... 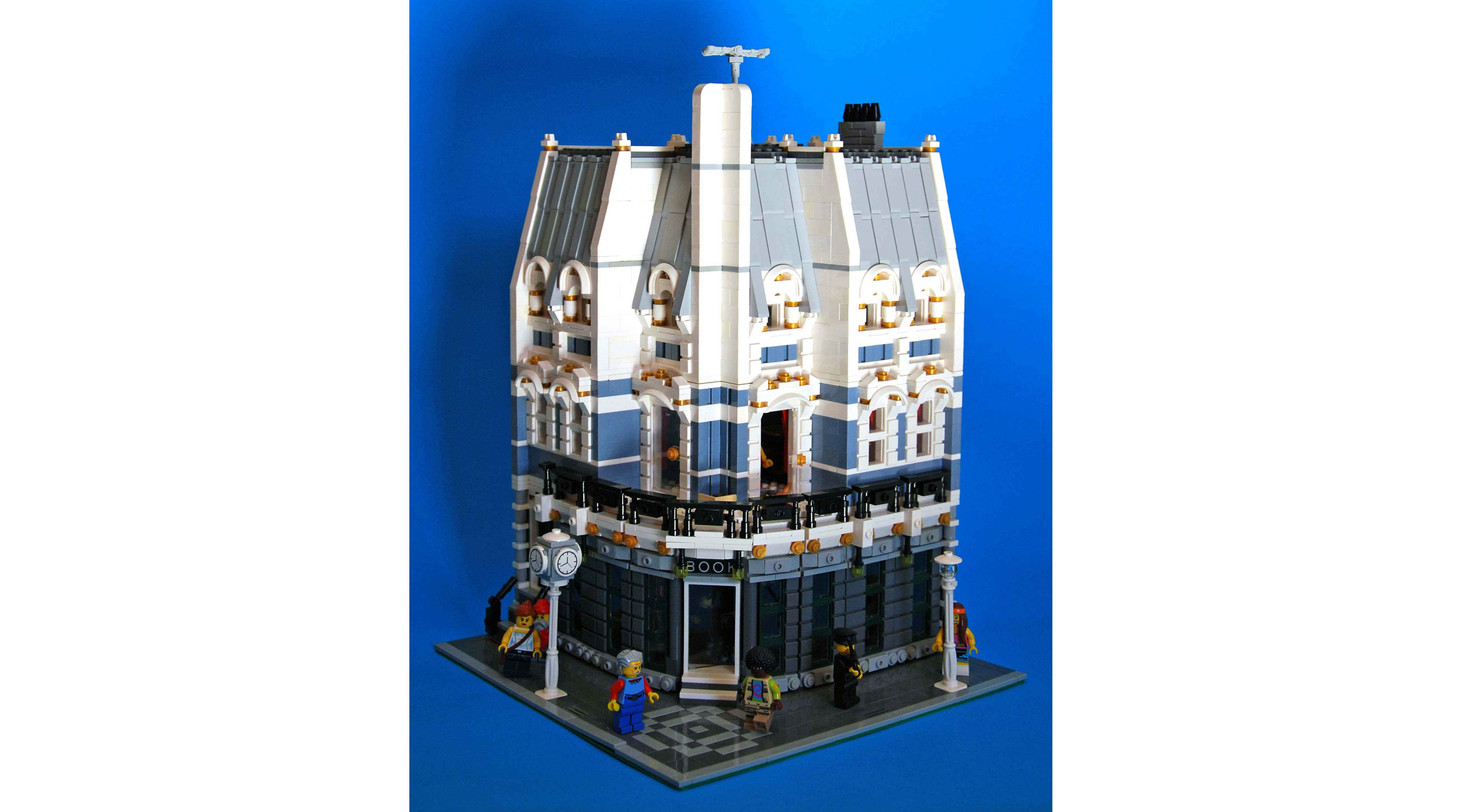 The book shop has its shelves with plenty of books and some displaying bench. In the rear there's a little bathroom. 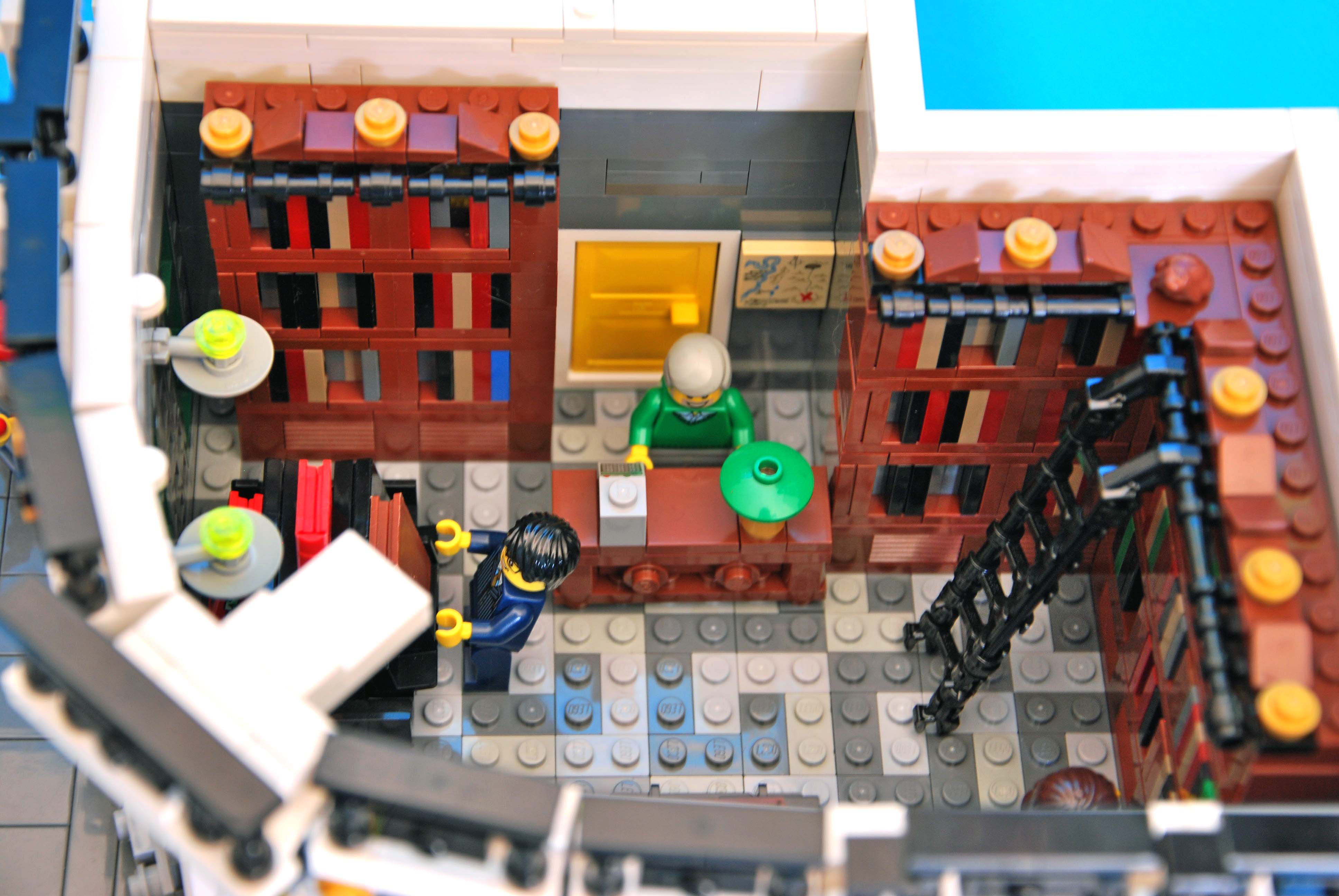 In the higher floors there's the house of the shop's owner, so we can see his wife going out on the terrace... At the first floor I've put a dining room and kitchen. 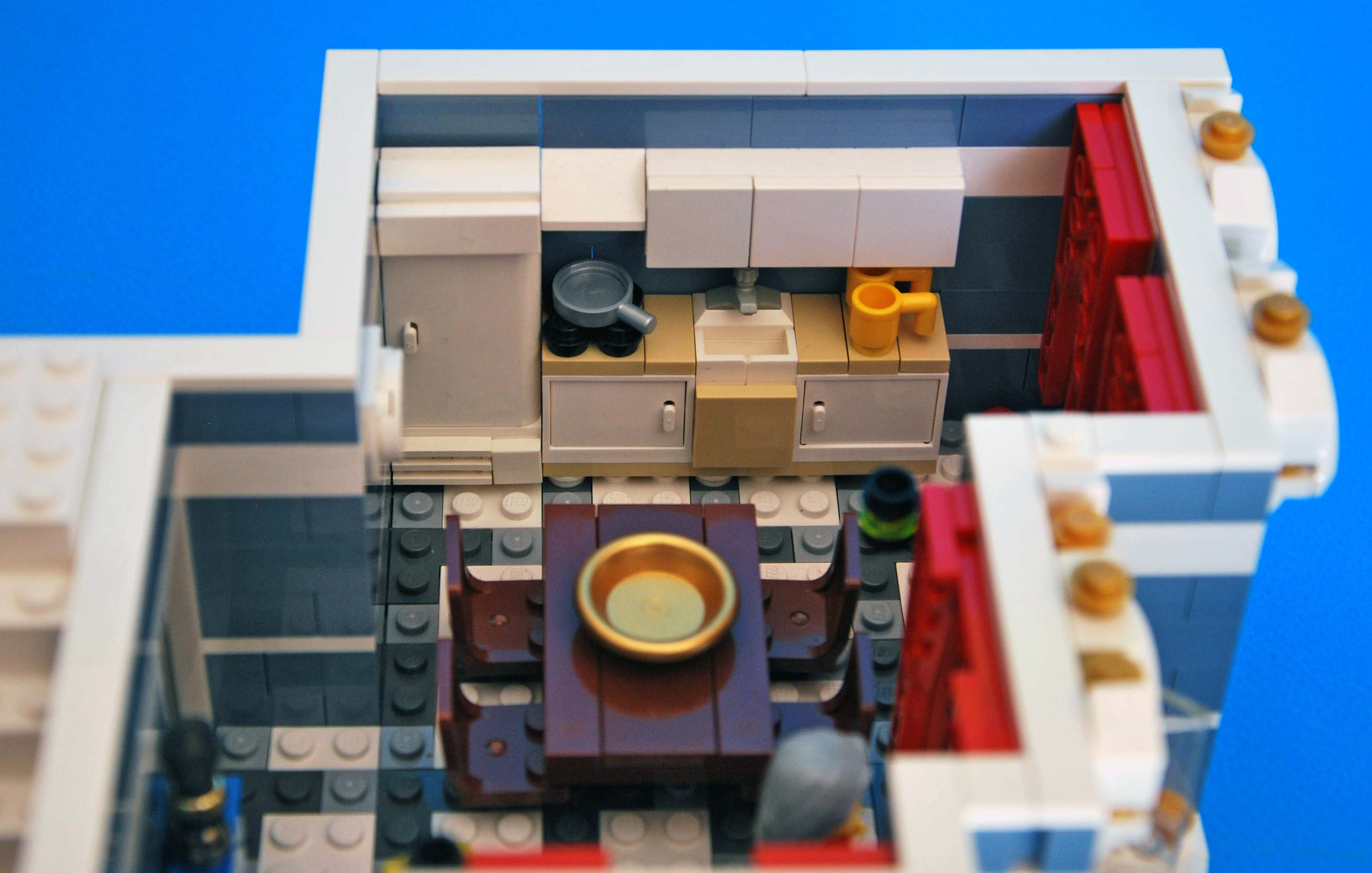 Going upstair, there's a little hall with couch and TV, obviously a bookcase and a bathroom with a snotted bathtub . 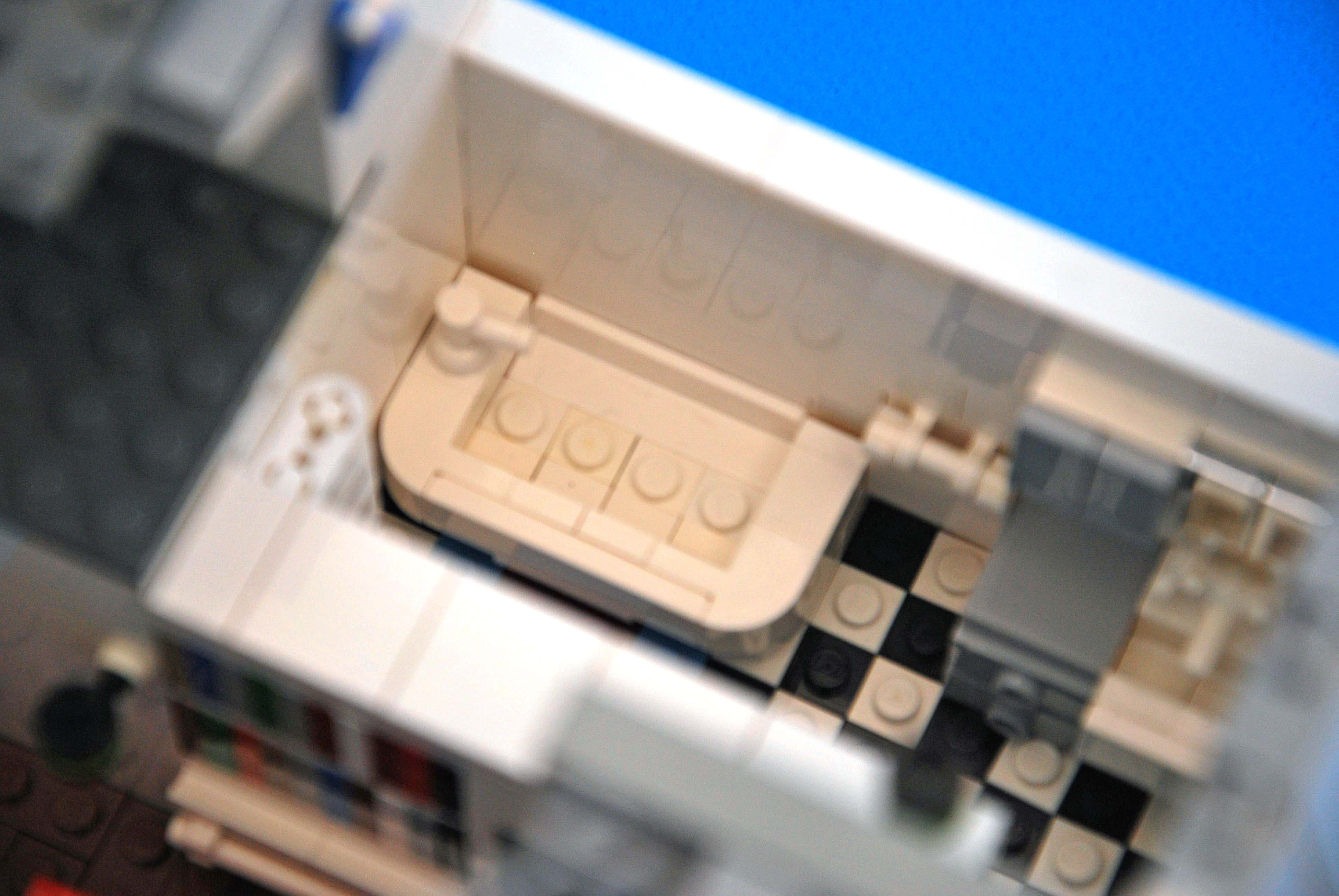 Trying to maximize the available space, I decided to add a floor as a loft where I put the bedroom. There's a narrow and steep staircase to reach it.

On the roof I decided to draw a colored skylight ad I built a TV antenna.

For more pictures, have a look: