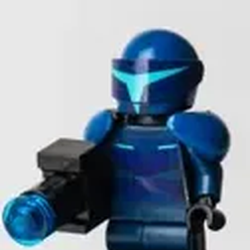 NicodemusNimh
34
112
days left
Presenting Samus Aran and the Chozo statue from Super Metroid, the classic video game for the Super Nintendo!
The Chozo were an ancient bird-like species that inhabited many planets.  They built statues in their own image to guard their secret technologies and to observe a planet's sentient inhabitants.  Samus encounters these mysterious shrines, which some say hold the soul energy of Chozo, many times during her adventures and receives multiple power-ups from them in the form of orbs held by the statue.  However, certain aggressive statues, called Torizo, awaken and attack her!
The lore for Metroid is AWESOME and I invite you all to check it out!  This is a fun and simple idea which would look cool on a shelf or desk imo.  It is also one of the first encounters of the video game and very iconic.
Please check out my other Metroid projects too!  Thank you so much for your support!
34
112
days left