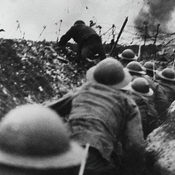 First off, I apologize for not being active in a while. I've had some other things to do. Now, on to more pressing matters.

I figured something like this would happen. Over the past two weeks we have gained no supporters, whatsoever. I know I have mentioned this many times before, but please tell others about this project.

Next, I am considering creating a project of a small, unmanned space module. I do not have an idea (heh heh) about which one it will be, so I am open to suggestions.

Finally, make sure to check out my second project, Glorious Spam!

Wooo! Today we reached twenty supporters on the Mercury Rocket! Thanks everyone so very much and I highly appreciate your supports! Just to make sure we make it to thirty, and hopefully one-hundred supporters, please tell everyone about this project, either on online chat rooms, texting, e-mail, phone calls, etc. This would do a HUGE favor for me and this project.

Here is the link to my second project: Glorious Spam!

Thak you all so very much!

Good day, chaps! Today I have decided to start pposting two-week updates on the progress of my projects. Since May 22nd, we have achived 18 supporters on the Mercury Rocket. Though it is a small number, every support matters to me. I appreciate so much all of your help and would love it if you would spread the word on online forums, etc. Keep an eye out for the next two-week update. I'm trying to think of a name for these updates, so if you have any ideas, I'm all ears. I mean eyes.

Here is the link to my second project, "Glorious Spam!", which will include two-week updates also.

Today is a very bad day. It has become evident that the project has stalled in support. PLEASE help this project by telling other people about it, posting it on message boards, and recommending it on Online LEGO Forums. I would love it if this made it on shelves, and that can only happen if YOU spread the word. Until then, Au revoir.

Good day, chaps! Today we reached 10 supporters on my Mercury Rocket project. Thank you all so very much for supporting, and be sure to tell others about this project also.

For King and Country!