leopard1217
0
This set has 237 pieces and 2 minifigures.
This set took a while to make because I only had a few frames to look at.
When I saw the movie on the 7th, I saw that Larry had this speeder to fight back against a robot. I had a problem because there was no picture online and I had to wait, until I saw a walkthrough online from the Videogame and it showed the scene with Larry's Speeder. 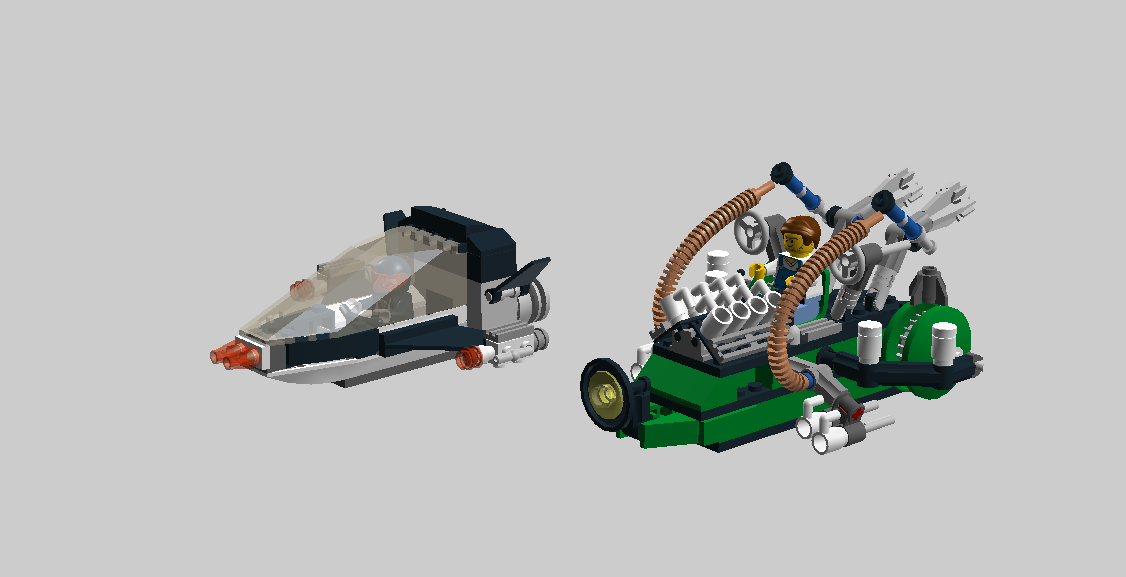 The robot's ship is similar to the one from Benny's Spaceship, but I replaced a few pieces because I was working on the robot's ship and I saw a video that showed the ship but was different. So I decided to keep mine the way I left it so I wouldn't be copying a set.
The tubes from Larry's Speeder is supposed to be connected but I couldn't find a way to connect it, so I added pieces to make it look like it's supposed to connect. 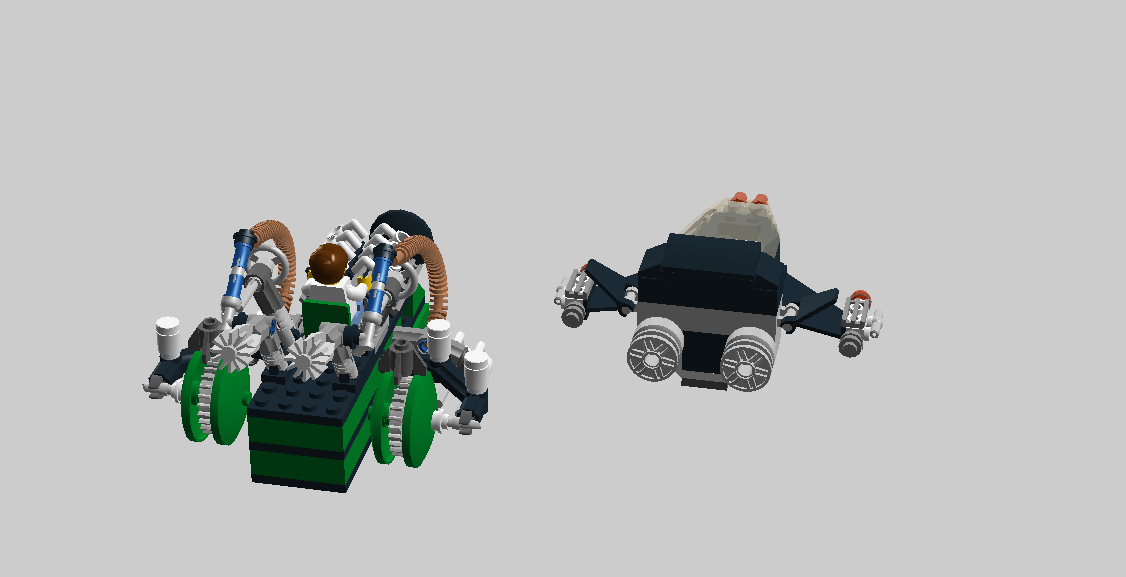 The back part of the Speeder was hard because I couldn't see it. The engine pieces were supposed to be similar to a cone but needed to have transparent grill pieces. I added 2 extra coffee mugs to the missiles because I thought it would need more weaponry. There are also coffee cups on there for decoration.
The cockpit for the other ship is an older piece and so is the hinge piece because I wanted it to be different from the one from Benny's Spaceship.