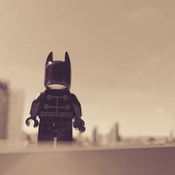 The Brazilian National Congress is the most impressive representation of Legislative power in the country, besides being a very famous national icon, even abroad. It is located in Brasília, the country's capital, situated at the very centre of Brazil.

Brasília was designed by the worldwide-known Brazilian architect Oscar Niemeyer, along with Lúcio Costa, renowned urbanist (of the same nationality) in the late 1950's, both extremely important to Brazilian culture and pride. The city was originally commissioned by former president Juscelino Kubitchek, but the idea of a capital in the geographic centre of the country, and even the name Brasília, was put forward around 1821, during the Imperial Regime.

Finally, after many years, Kubitchek materialized this idea and the city was inaugurated in 1960, with Lúcio's urban master plan and Niemeyer's architecture, in lands called "Planalto Central" (Central Plateau). The building features several famous works of art, including tile works by Athos Bulcão, glass works by Marianne Peretti and wonderful landscaping by Roberto Burle Marx.

The building's two "hemispheres" are the two Legislative Houses, which are: on the left, the Senate, poetically meant to represent a dome of "thinking", where reflection, balance and the "weight of experience" prevails; at the right, the upside-down dome stands the Chamber of the Deputies; it is wider and more open, representing Brazilian people’s openness to ideas and ideologies, opinions and different ways of thought.

This model was built with 298 brick pieces and is meant to be an Architecture series model. Please vote and celebrate this genius' masterpiece.