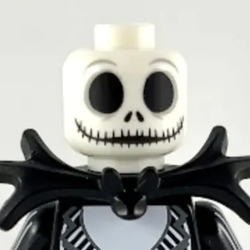 Thanks to my first 100 Supporters

Wow! Huge thanks to everyone whose supported so far - 100 in just under a week!   Thank you for all your comments and feedback, I look forward to supporting your projects too.

Quite a few of you recommended I try the more traditional method of sphere creation for the Epcot building which I did try before this version. Unfortunately while it got the desired finish & look, the dimensional proportions were not in keeping with the rest of the buildings.

A few other comments mentioned that submissions based on existing licenses (Disney) should no longer be submitted. In the Lego Ideas terms of entry it does list every theme they have an existing license for. All the Disney ones are followed by a theme such as characters, princess, not to mention Marvel & Star Wars. There doesn't seem to be one that mentions Disney Buildings though and whether they count the architecture range as a license remains to be seen.  Thanks again folks!