By Zurtech
5 comments
Welcome to the second of my Metroid Projects. Just a little bit of info on the project before I get into the details of it.

I have created this, second, Metroid project because there were some who liked my Mother Brain set, so I have expanded on it and created it as a seperate project. Below is a link to the first Project that is based on the Ceres Spacestation intro from Super Metroid, and features, Samus, her ship, the Metroid Hatchling and Ridley.

Project Metroid by Me (Zurtech -_^)

I have managed to reduce the set down from 694 bricks to 495 bricks, everything has been made in LDD and no new molds are required. Only the supporters, licence, custom decals and specific colours for the bricks needed. 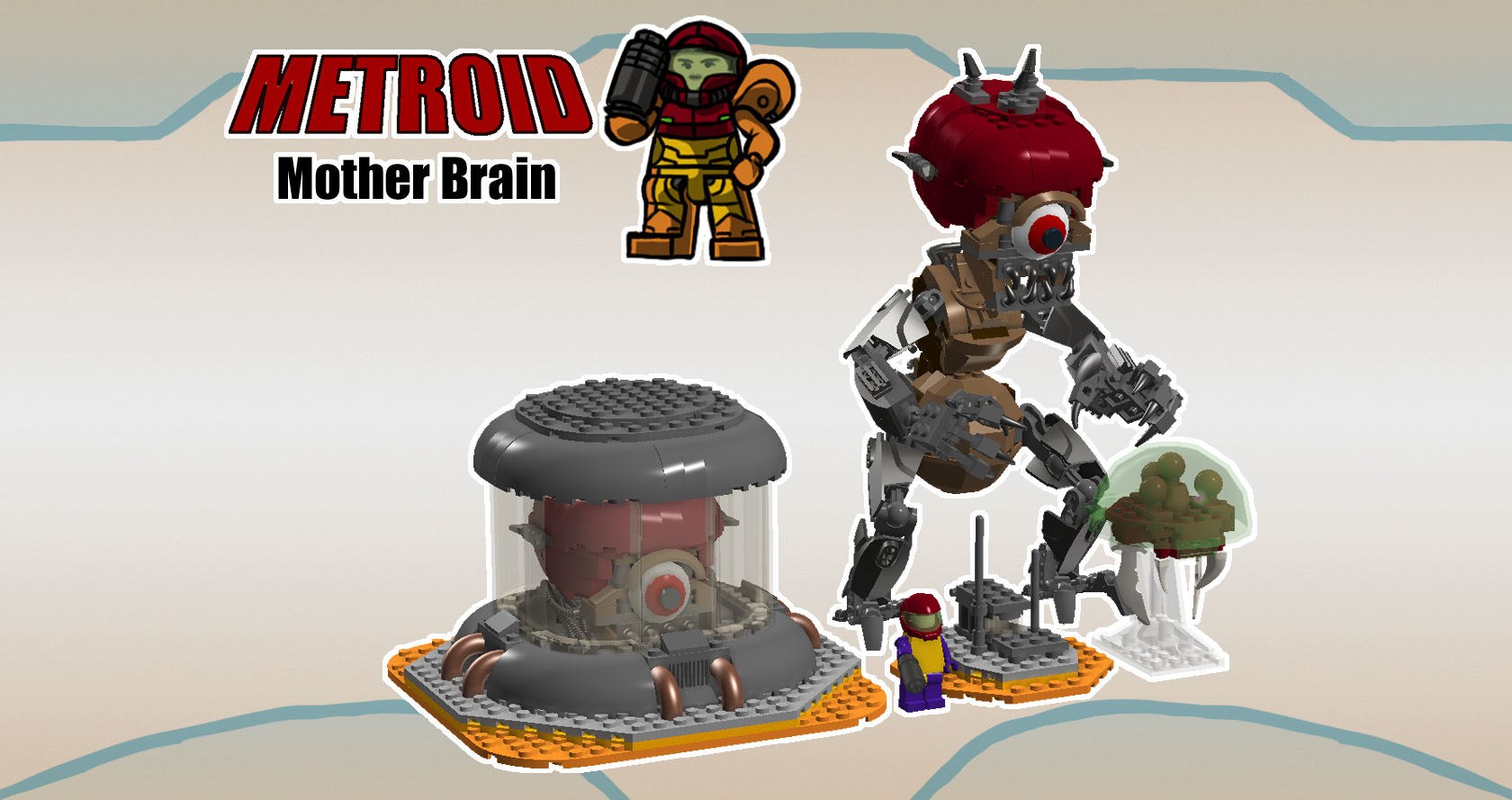 Above is the set in total, although only one head for Mother Brain will be included, as it is detachable and can be fixed into the tank or onto her body. But I thought it would be better show it both in the tank and on the body so people can get a better understanding of what it might be like in final form.

The set includes, Gravity Suit Samus, The adult version of the Metroid Hatchling, Mother Brain, her Tank and Body, and a platform. 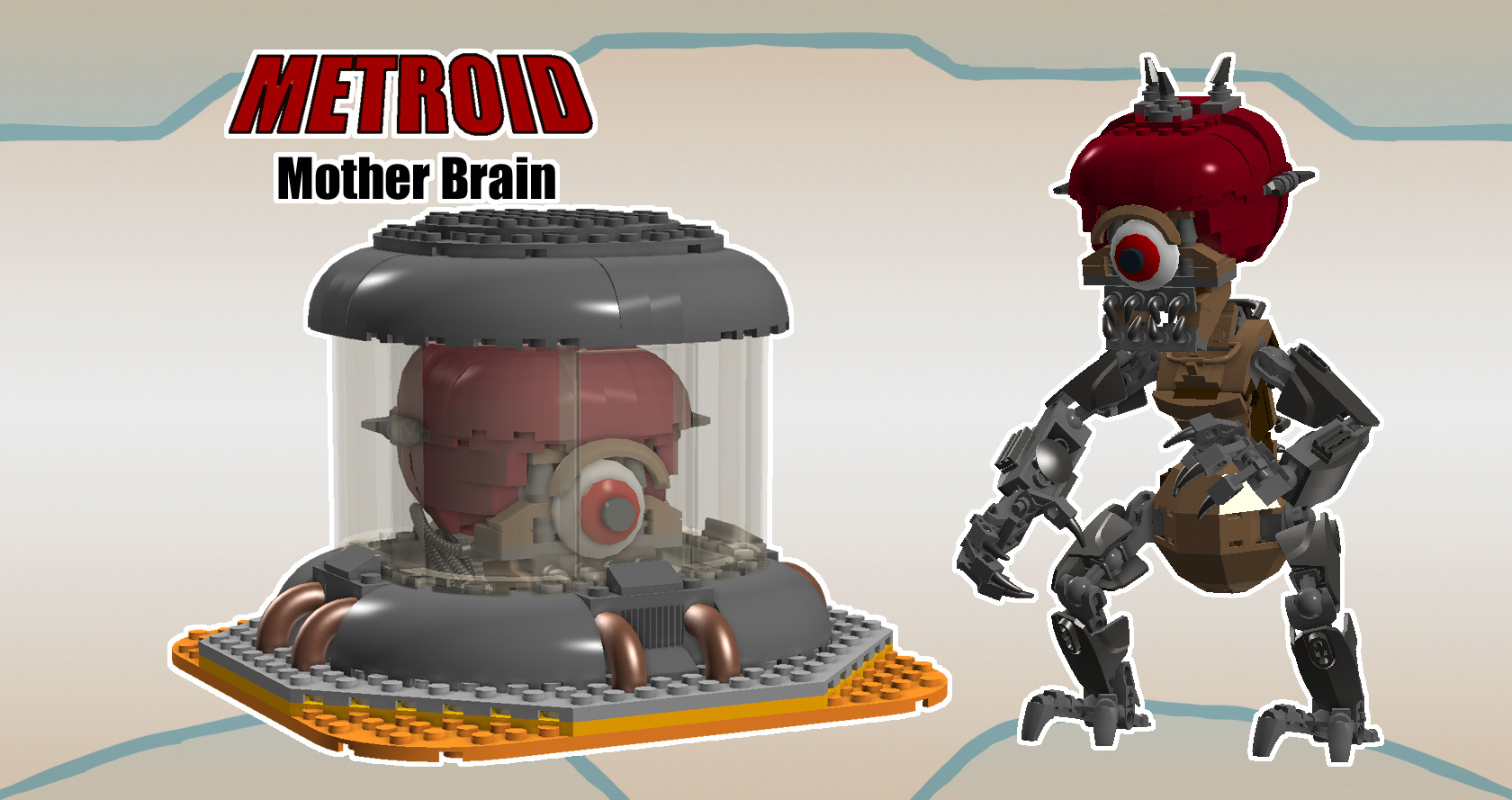 Mother Brain can be removed from her tank and fixed to the neck of her body. She features possable arms, legs, hands, neck and jaw, as well as some spinal movement too.
She is roughly to scale with the Samus Minifigure. 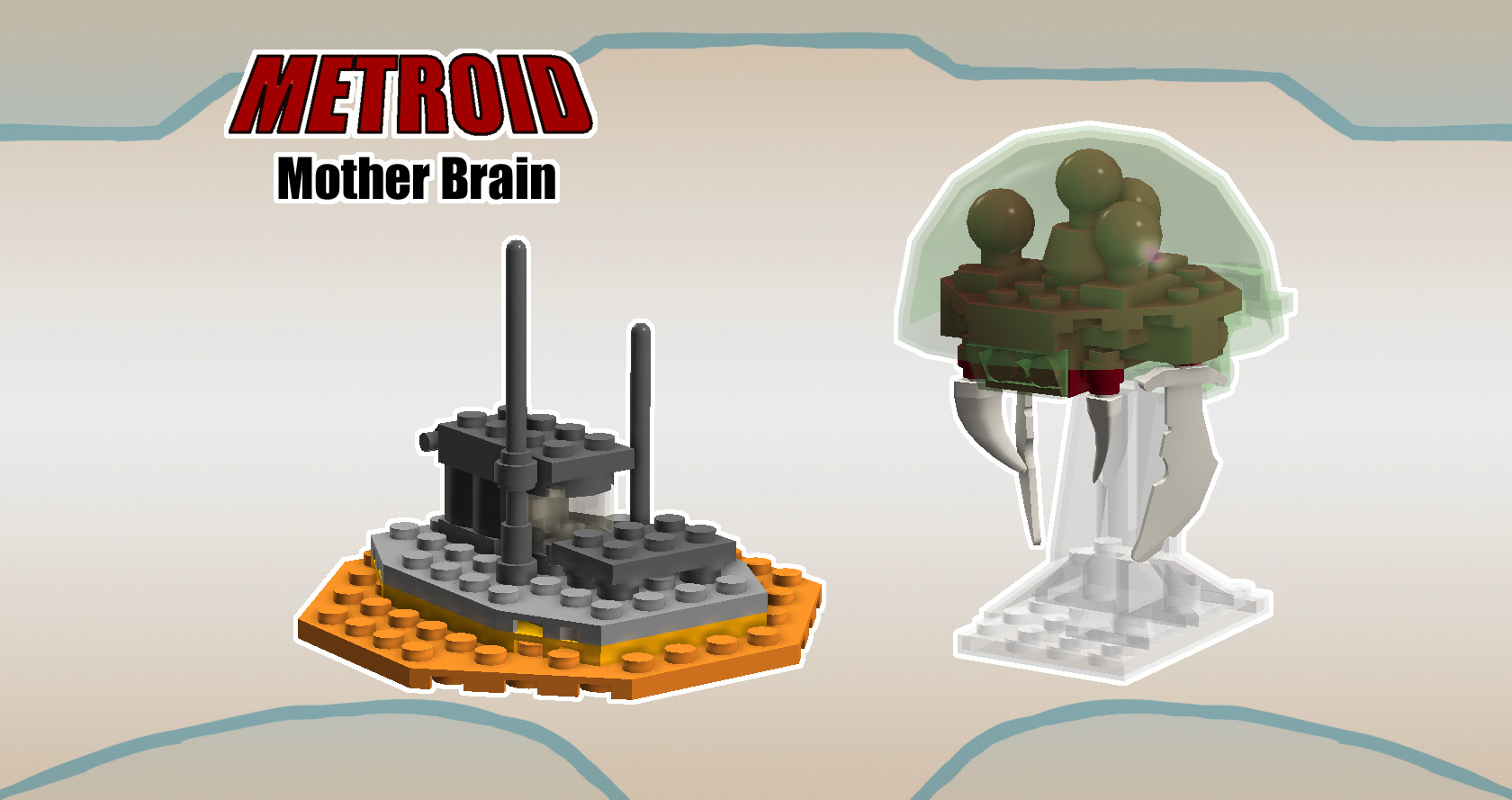 Samus' Gravity suit will follow the same designs and build as in my previous project, although with minor colour changes, as is the case in the games.
The Metroid Hatchling, now in Adult state is a lot larger then my previous set, and I will most likely try and find a better way for it's larger, rear teeth to look more accurate. 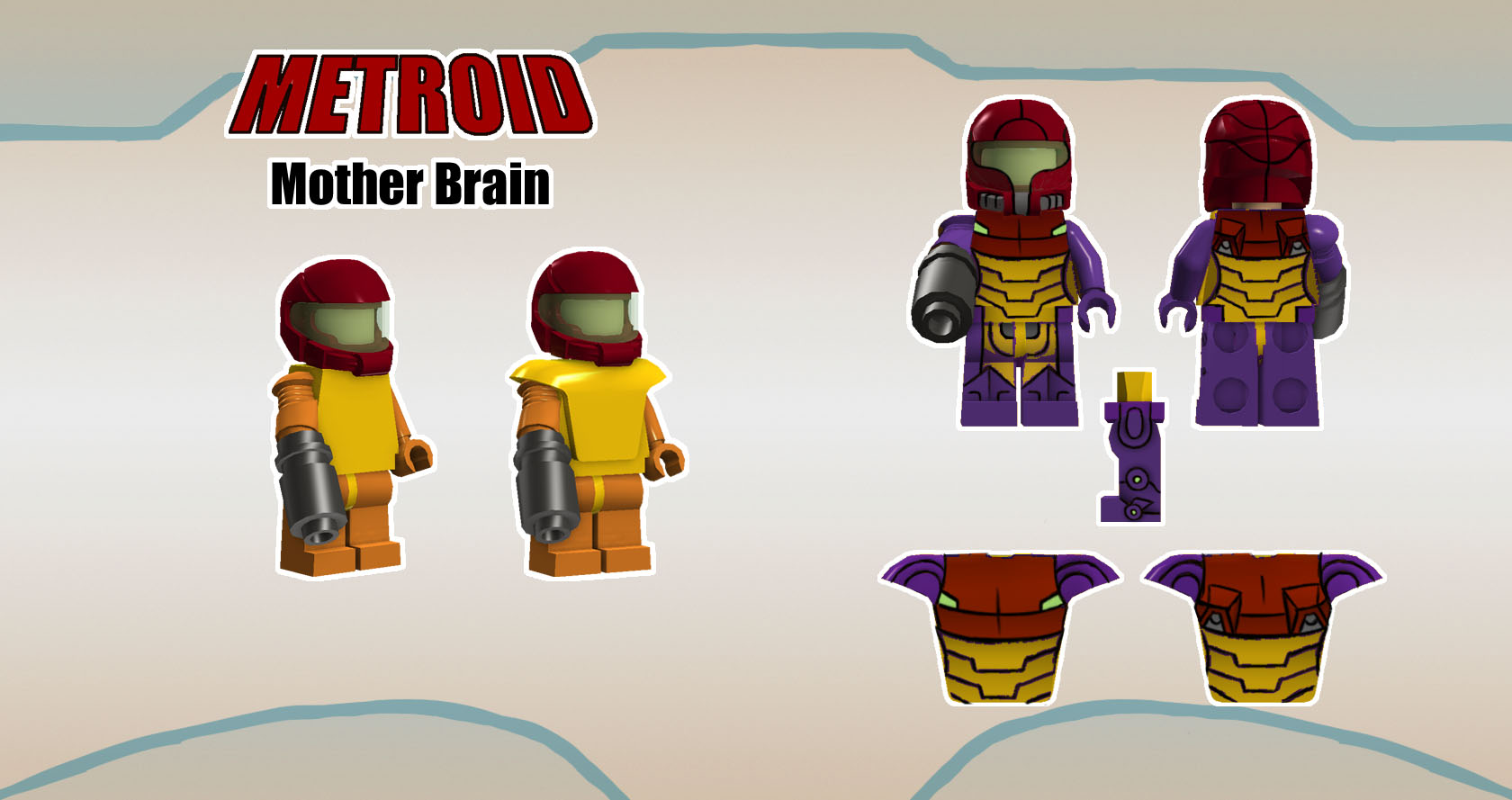 Above is the detail images of Samus used in my previous project, and yes I was a little lazy and just used photoshop to edit the colour. -_^

Thanks to everyone agian for supporting my first Metroid Project, and thanks to everyone who supports this one too. I really hope we can manage to not only raise the 10,000 supports needed, but also should either project come to review, that the Cuusoo team can get the licence from Nintendo too. ^_^

To coincide with new guidelines, I have removed some specific text, I will upload an updated image within the next few days to reflect the rest of this.

Have changed the image to show Samus made using only existing Lego parts.