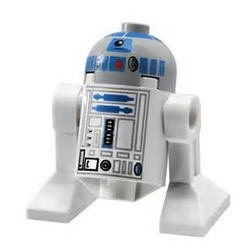 Lego Star Wars easy build Imperial Trooper Land Speeder comes with an Assassin droid and a Shadow trooper and two Storm troopers and three rebellion troopers and imperial officer commander. There is two seats and one seat is in the back controlling the laser cannon and one is in the front for the officer to control the ship it comes with an opening door. Pick up your Speeder fly your way into imagination. The battle is yours and you chose the ending.