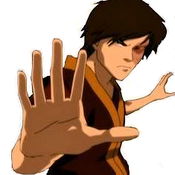 -Staircase and seat to place minifig

Hello Lego fans once again, and today I've made a new creation to share with everyone. This is intended to be a battle play set, were you have to defend the king from a giant robot armed with a hammer.

I made it because I wanted to try something new that Lego has never done before. I took a risk and messed up the color scheme, and I think that it turned out fantastic. The translucent red mixed with black and a bit of white gives it a futuristic personality, which is exactly what I was aiming for. It does includes a Kai minifigure from the Lego(R) Ninjago(TM) production line.

-Separates in the midsection into 2 separate parts: an outpost and a robot battle suit

-Opens up to reveal a hidden compartment with a pack of dynamite inside, a weapon only used as a last resort.