The Fresh Prince of Bel-Air 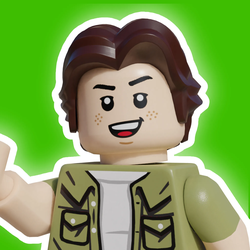 The Fresh Prince of Bel-Air
The Fresh Prince of Bel-Air is one of the greatest sitcoms of it time. In September 2020, the show will be celebrating its 30th anniversary since the first episode aired, and I think that a set based on it would be a great way to celebrate the shows long term success. Personally, this show is one of my favourites to watch on repeat, which is one of the main reasons I decided to make an idea based on the theme. I have based the idea of the living room and the kitchen, as I think it perfectly captures the premise of the show, allowing you to recreate your favourite moments.
The minifigures I have decided to include are :
- Will Smith
- Carlton Banks
- Uncle Phil
- Aunt Viv
- Geoffrey
- Hilary
- Ashley
- Jazz
Pieces: 773
< We need 10,000 supporters for this set to be considered for production, so please support! >
90
556
days left