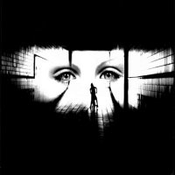 By isreal.lemus
3 comments
It all started when I saw on the Internet the wonderful minimalist ad campaign for Lego created by the German advertising agency Jung von Matt. I decided to create something similar but adding as much detail as possible using the fewest possible bricks, and give them as presents to my_friends.
They really liked them! So they started giving me a bunch of ideas and suggesting characters for this series. And this is what came out. I have organized them in 3 different groups: Movies & Disney , TV shows & Video games and Comicbook characters. I hope you like them too! 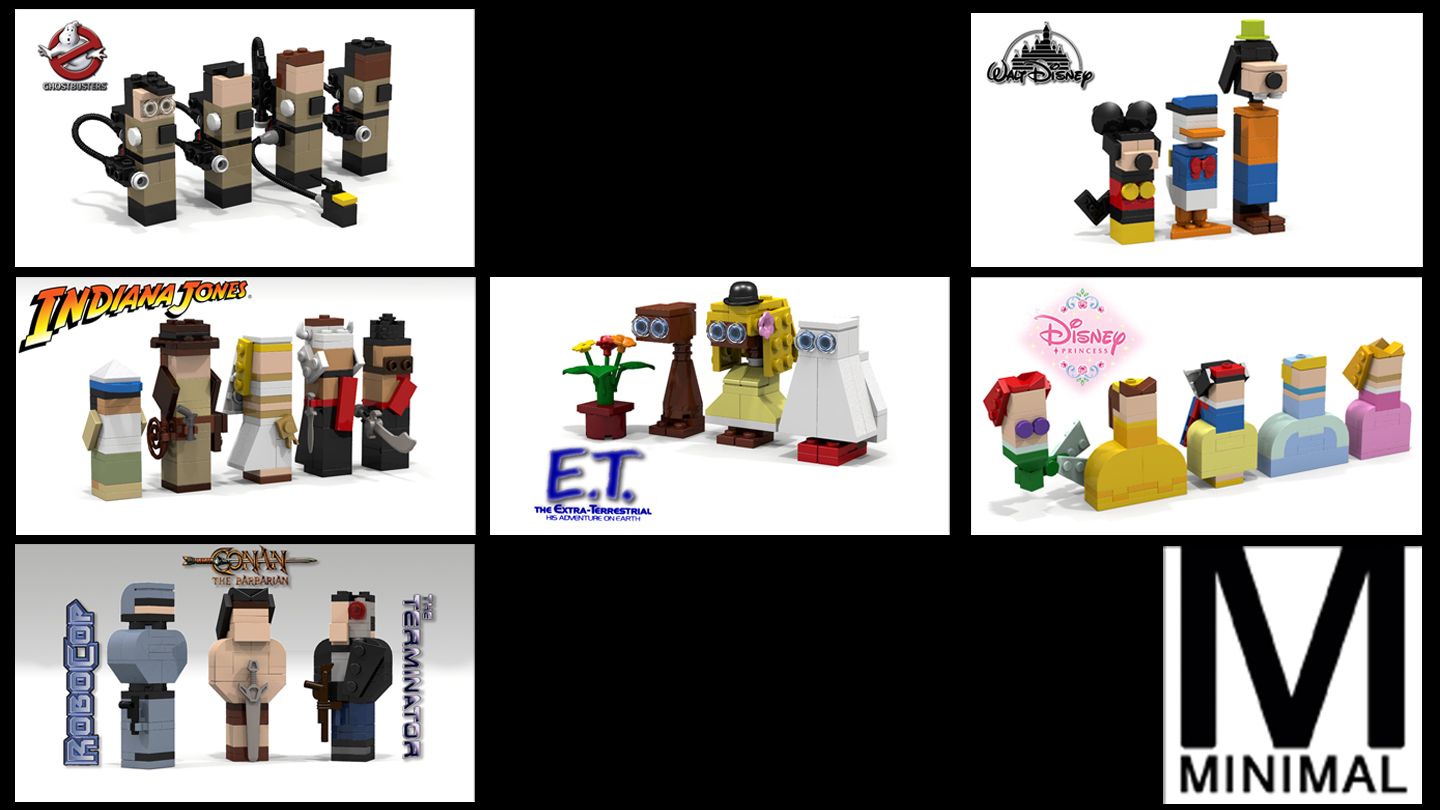 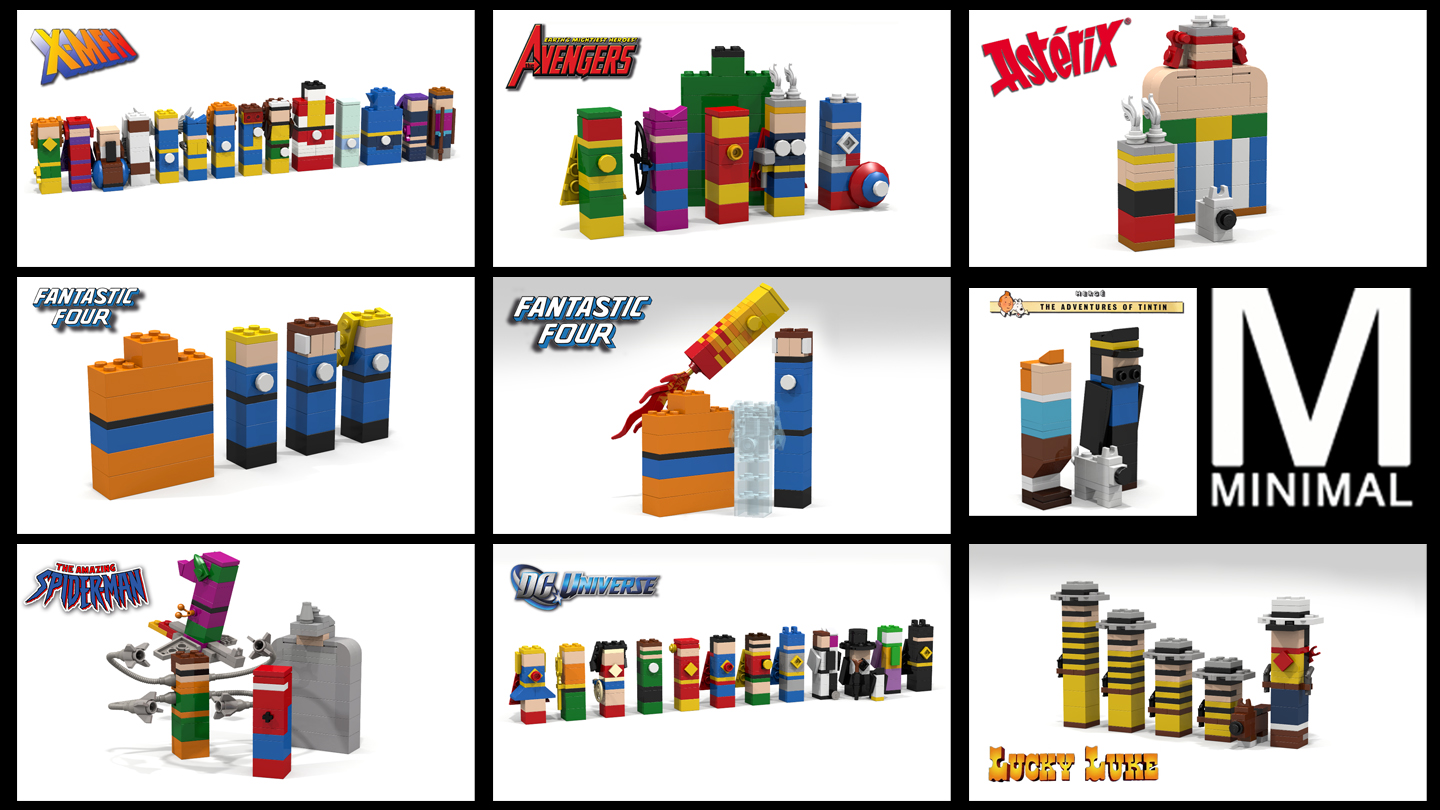 You can make a Minimal figure out of anybody, but works better with characters that have a distinct colour or shape.
The average number of bricks is approximately 23 per figure, ranging from the 66 bricks of Bowser from Super Mario Bros. to the 5 bricks of Dogmatix from Asterix. All the figures are made with existing Lego bricks but I have used Lego Digital Designer to create them. So some bricks have a colour that I think is not yet available for those specific bricks, especially when using the “nougat” colour.
Given the size of the figures they can use all the Minifig accessories like swords, hats, guns, etc… Although I have tried to use “normal” bricks when possible to create all the accessories. 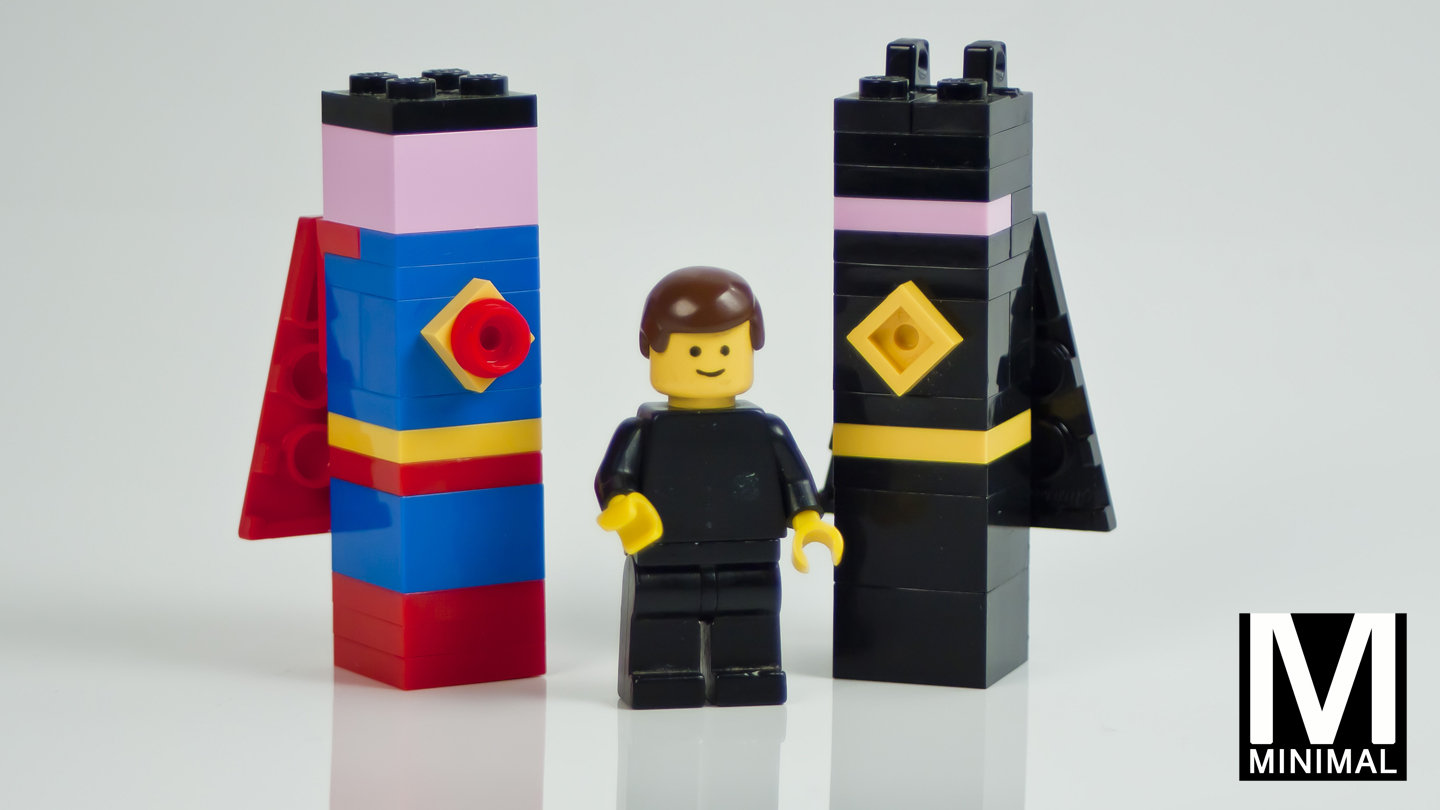 Lego can utilize current licenses, i.e., Disney, Marvel, DC, Indiana Jones, etc., but other themes will require new license agreements.
The idea would be to sell together all the figures from a specific theme, but they can be separated in two or three sets; e.g., the figures from X-Men are 1share their interests and knowledge through the Internet. 4 so they can be sold in three different sets.
These sets would be great as an entrance way into the Lego world, as collectable items or just as a one time present to someone who loves a specific movie, video game, comic…
Right now there are 136 characters made, and counting. But as I have stated earlier the possibilities are endless!
Last I would like to thanks Lego, Lego Cuusoo and all the people who share their interests and knowledge through the Internet.