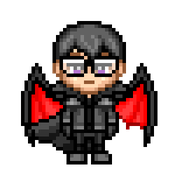 Sojourner is the Mars Pathfinder robotic Mars rover that landed on July 4, 1997 in the Ares Vallis region, and explored Mars for around three months. It has front and rear cameras and hardware to conduct several scientific experiments. Designed for a mission lasting 7 sols, with possible extension to 30 sols, it was in fact active for 83 sols. The base station had its last communication session with Earth at 3:23 a.m. Pacific Daylight Time on September 27, 1997. The rover needed the base station to communicate with Earth, despite still functioning at the time communications ended.

Sojourner traveled a distance of just over 100 meters (330 ft) by the time communication was lost. It was instructed to stay stationary until October 5, 1997 (sol 91) and then drive around the lander.

Sojourner was, in fact, the first rover to operate in mars, and it marked a huge point in Mars exploration.

As a huge space nerd, I think this would make a great LEGO set, it's very simple, but it comes with a small base for display and it has wheels so you can play around with it.

It has a very small number of pieces, so it would be very easy to build. I think many people would love to have a set like this in display.