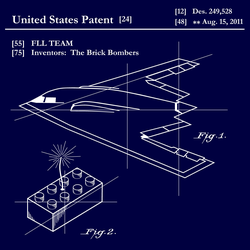 It is a truly hilarious show and deserves it's own LEGO set!  This is the third version of this set that I have built in the last year, with several improvements each time.  Hopefully you think this version is worthy of your support.  Thank You!  -  Ian

* A few things to point out about the set:

* A few things about me: