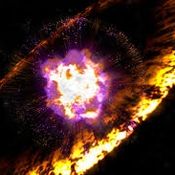 Welcome to the world of Lego Illusions!

The set includes a total of 5 different illusion; four of which are impossible shapes, and the other being a visual illusion. When stared at correctly, the builds will take on a very strange illusions which trick the mind.

- The first illusion, is the Penrose Triangle. A very simple trick, where the design appears to be endless; but in reality, not so much.

- The second illusion, is the Connecting Pyramid illusion. A very simple stack of bricks, with a hollow square at the top. However when position correctly, it appears that the top is connected to the bottom!

- The third illusion, is the Penrose Stairs. If you try going up these stairs, you will simply find yourself walking an an infinite loop.

- The fourth illusion, is the Impossible Doorway. It appears, that two separate ends, are connected by a strait beam, but in fact it is quite different.

- The fifth and last illusion, is known for tricking the eyes. It is a very simple board, with white squares surrounded by black lines. When looked at, white dots will appear on the black lines, however when closely examined, will disappear and move to a different grid.

The set includes a total of 257 bricks, and incorporates a total of five colorful illusions, which will make a very pleasing desk "toppers", or eye attractions. Thanks for looking!